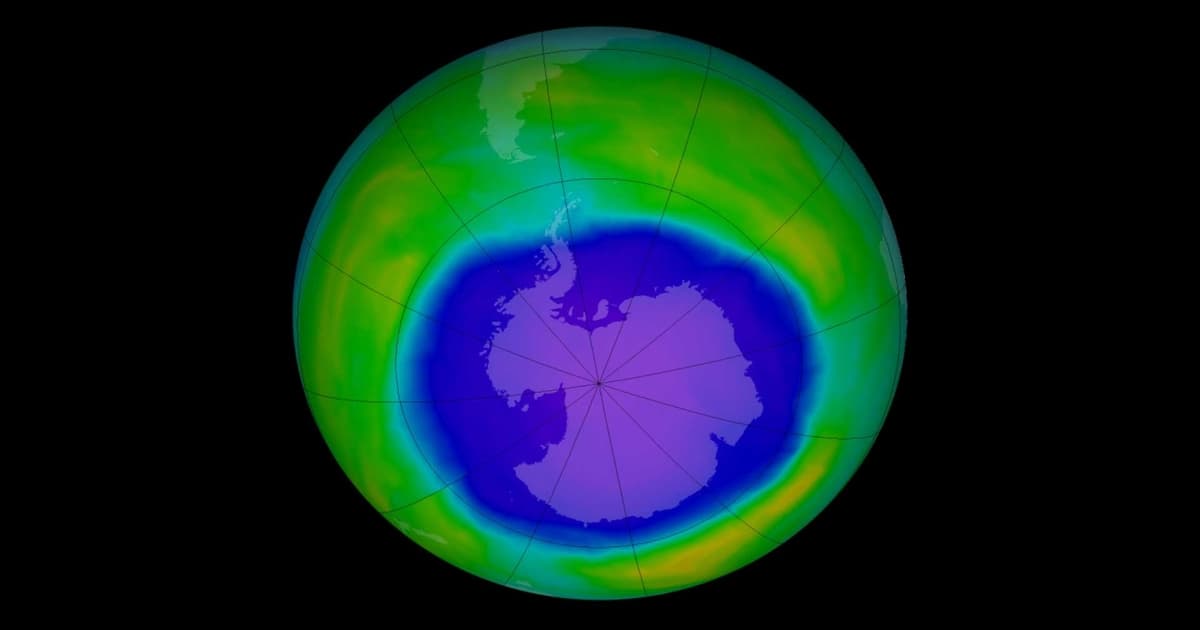 There's a Hole in the Ozone Layer Bigger Than Antarctica, Scientists Sigh

It’s now larger than 75 percent of the previous years’ holes.

It’s now larger than 75 percent of the previous years’ holes.

Whelp, the hole in the ozone layer is as big as ever.

"[The hole] seems pretty similar to last year's, which also wasn't really exceptional until early September, but then turned into one of the largest and longest-lasting ozone holes in our data record later in the season," said Copernicus’ director Vincent-Henri Peuch in the press release. "Now our forecasts show that this year's hole has evolved into a rather larger than usual one."

The ozone layer plays a crucial role in protecting the Earth from the Sun's UV radiation, which can harm terrestrial crops and animals. Increased UV light has also been linked to skin cancer and cataracts in humans, according to the US Environmental Protection Agency.

However, the layer has been depleted over the years due to chlorine and bromine atoms in the air that destroy ozone molecules. Each year, when temperatures in the South Pole warm during Antarctic spring, these harmful atoms deplete the layer even more causing an annual "opening" of the ozone layer’s hole.

While the hole is as big as ever, Copernicus scientists believe that the layer is recovering due to environmental regulations such as the Montreal Protocol, which began regulation of chlorine and bromine chemicals in 1987.  However, they estimate the layer won’t completely recover until the 2060s or 2070s, reports CNN.

Until then, we imagine that scientists are a mix of on edge and also tired of having to report on the size of the ozone hole. If only our world governments and big corporations that vastly contribute to climate change could do literally anything about it.

READ MORE: The ozone hole over the South Pole is now bigger than Antarctica [CNN]