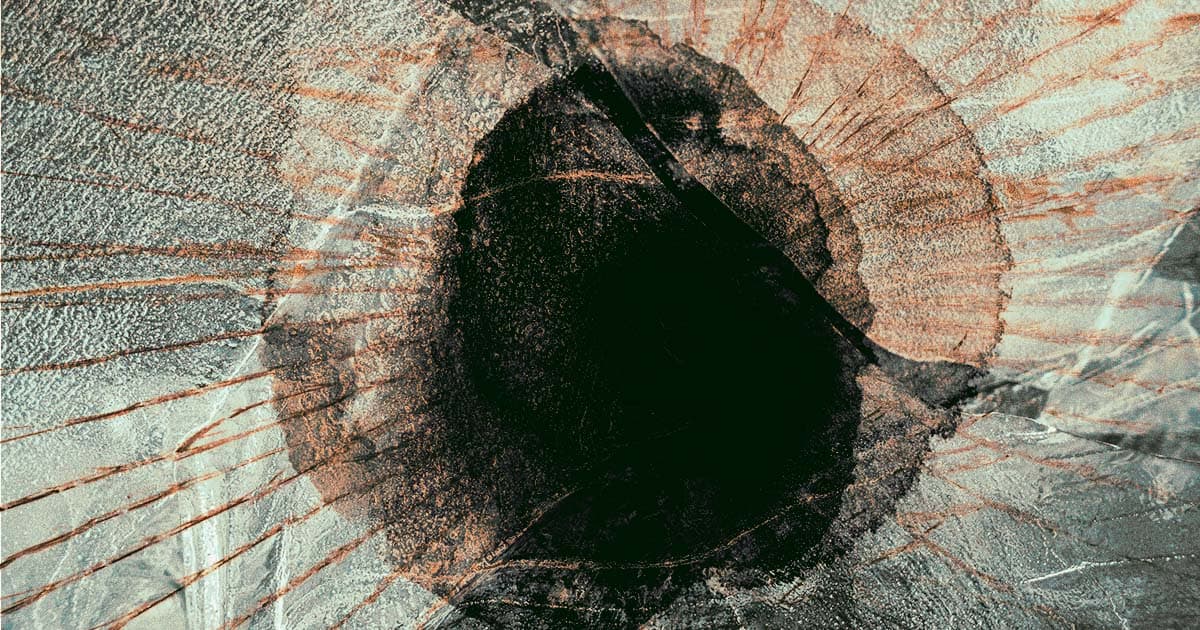 An enormous hole has been discovered in an area of the Arctic known as the "Last Ice" — heating up concerns about the impacts of anthropogenic climate change in the region.

The hole, known as a polynya, was discovered near Ellesmere Island, Canada’s northernmost island, according to a press release from the American Geophysical Union. Its presence is particularly disconcerting to researchers due to the fact that it’s in an area thought to have the Arctic's thickest and oldest ice.

"No one had seen a polynya in this area before," Kent Moore, an arctic researcher at the University of Toronto-Mississauga, said in the press release. "North of Ellesmere Island it’s hard to move ice around or melt it just because it’s thick, and there’s quite a bit of it. So, we generally haven’t seen polynyas form in that region before."

Scientists discover a gigantic hole known as a "polynya" forming in the Arctic's "Last Ice" — a region known for having the thickest, oldest ice on Earth... well, at least it did before *gestures broadly at everything*

Moore was the lead author of a new study published in Geophysical Research Letters detailing the researchers’ grim findings. The polynya was actually discovered in May of last year, and a day after finding it, the researchers discovered that it had grown to a staggering 62 miles long and 18 miles wide, according to USA Today.

The researchers say that the hole was formed due to extreme wind conditions that pushed the ice apart. However, researchers say it's unusual that the Last Ice could be blown around so easily due to how thick it is — suggesting that warming conditions might have made the damage possible in the first place.

In fact, some experts believe that the warmer temperatures will eventually create a feedback loop of ice melt.

More on ice melt: The Icy "Glue" Holding Antarctica Together Is Starting to Fail