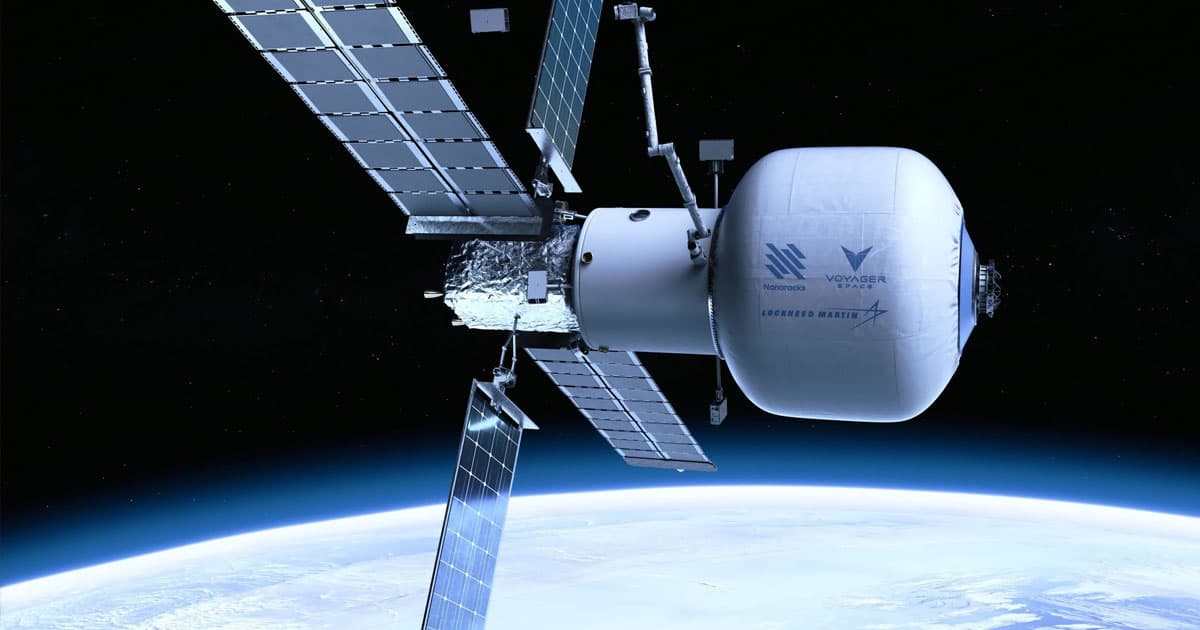 Welcome to the Starlab.

Welcome to the Starlab.

Hotel giant Hilton has signed a contract with Voyager Space Holdings and Lockheed Martin to design astronaut facilities for the companies' planned Starlab space station, CNBC reports, a NASA-funded orbital lab that is one day meant to replace the International Space Station.

The goal is to explore the concept of hospitality in space, a glimpse of a future in which vacationing in orbit has become a possibility.

"For decades, discoveries in space have been positively impacting life on Earth, and now Hilton will have an opportunity to use this unique environment to improve the guest experience wherever people travel," Hilton CEO Christopher Nassetta said in a statement.

Needless to say, Hilton doesn't have much experience when it comes to designing astronaut quarters. But the company is framing that as an advantage.

"It’s almost like looking at it with a fresh set of eyes and saying: ‘How do we reimagine this experience,'" Voyager chairman and CEO Dylan Taylor told CNBC.

It does, however, have a history designing off world hospitality installations. Back in the 1960s, the hotel chain designed both an orbital and lunar hotel, the former of which was famously depicted in Stanley Kubruck's "2001: A Space Odyssey."

If all goes well, Voyager and its operating company Nanoracks are hoping to launch the first Starlab space station as early as 2027, with the eventual goal of attaching several Starlab modules together, each serving a different purpose.

Nanoracks was awarded $160 million by NASA last year — the biggest slice of the pie — as part of the agency's Commercial low-Earth orbit (LEO) Destinations program. Three other companies are also still in the running, with Jeff Bezos' Blue Origins receiving $130 million.

The reality of staying at a Hilton hotel in Earth's orbit is still many years out — but that hasn't stopped the private space industry from leveraging its commercial partnerships to start dreaming now.