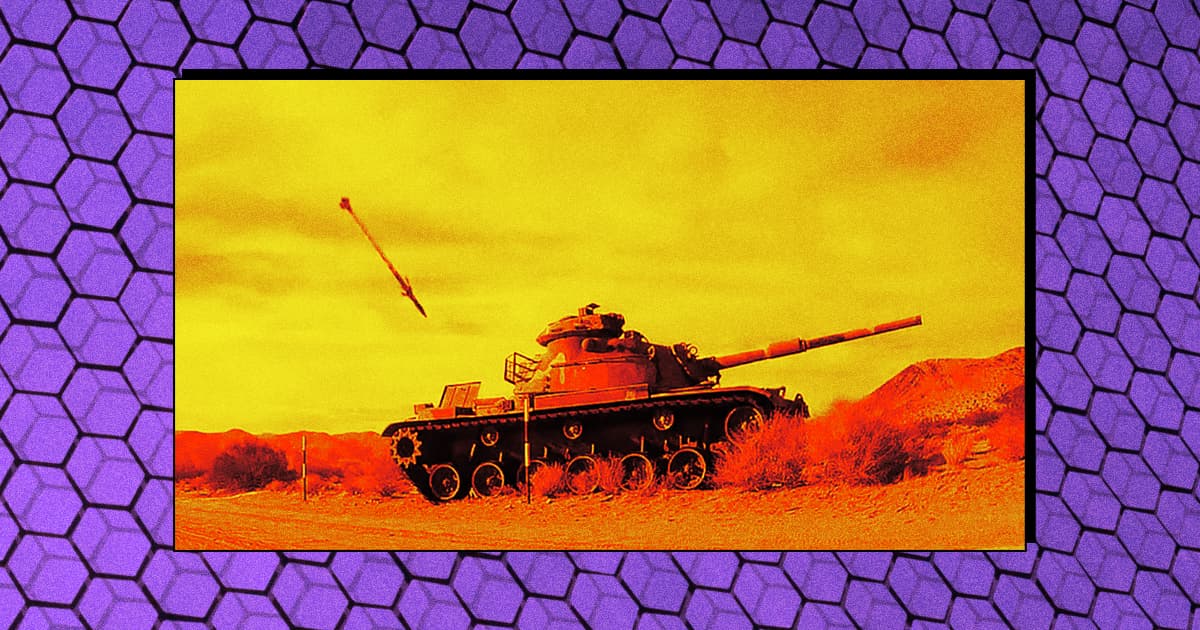 If you're interested in seeing some images taken just moments before (intentional, well-planned) disaster, boy do we have a highlight reel for you.

Live weapon tests are an important part of making sure that new bombs, missiles, and drones actually do what the military wants them to do upon impact, lest the armed forces accidentally fire a dud during actual combat.

Now, The Drive put together a collection of images, all taken from the public domain, that were captured in the final milliseconds before these explosives connected with their targets. We recommend checking out the whole thing, but we also gathered a few of our favorites.

The photos show the last split second before the weapons' destructive power is unleashed. But captured in a still image, they seem hauntingly frozen in place, looming over the poor unfortunate tanks, trucks, and other targets serving as crash test dummies.

Again, check out the full list on The Drive — the stillness that these pictures capture is almost surreal and it's certainly worth taking a moment to witness them.

READ MORE: Nothing But Images Of Precision Guided Weapons Taken Just Before They Obliterate Their Targets [The Drive]

More on military technology: China Is Selling Deadly "Pterodactyl" Drones Around the World

zombie star
Scientists Puzzled by Star That Exploded in Supernova But Somehow Survived
Tuesday
Read More
Whack-an-Alien
Chinese Scientists Say They May Have Detected Signal From Extraterrestrial Intelligence, But Probably Not
Jun 14
Read More
That's One Theory
Weird Signal Appears to Have Come From Habitable Star System
May 19
Read More
+Social+Newsletter
TopicsAbout UsContact Us
Copyright ©, Camden Media Inc All Rights Reserved. See our User Agreement, Privacy Policy and Data Use Policy. The material on this site may not be reproduced, distributed, transmitted, cached or otherwise used, except with prior written permission of Futurism. Fonts by Typekit and Monotype.