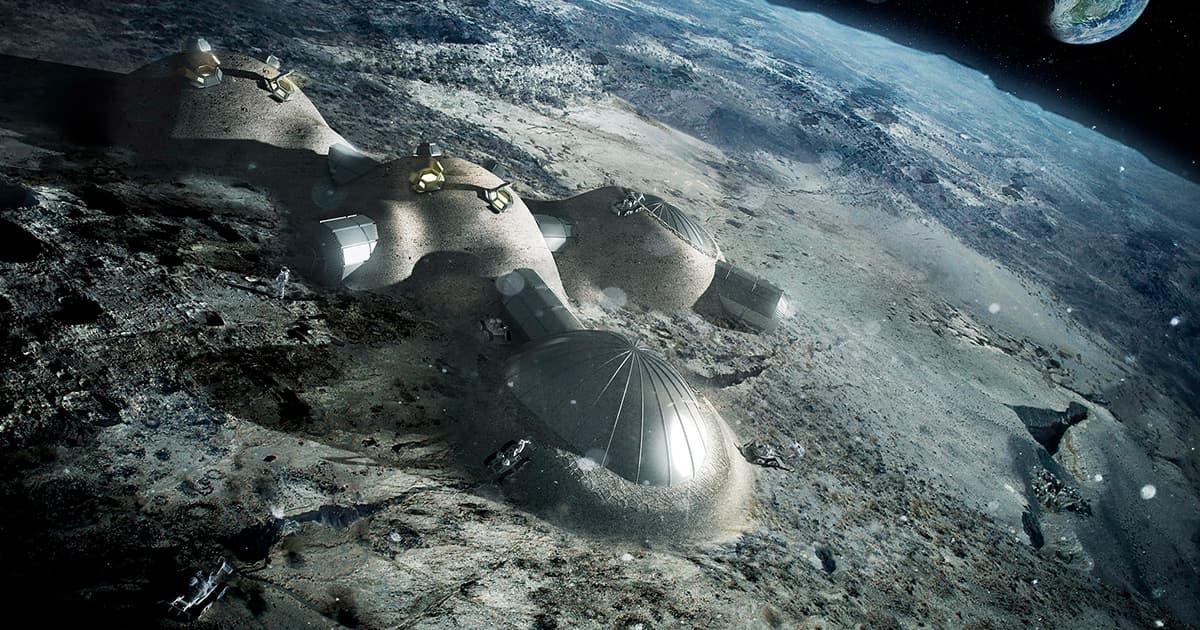 With the Moon's low gravity, you could build incredibly tall towers.

With the Moon's low gravity, you could build incredibly tall towers.

Scientists have come up with an ambitious new idea to provide bases on the Moon's surface with solar power, New Scientist reports: massive, kilometer-high towers constructed from lunar concrete and almost entirely covered in solar panels.

The team, led by Sephora Ruppert from Harvard University, suggest in a yet-to-be-peer-reviewed paper that the towers could be constructed by mixing lunar soil and heating it to bind it together, not too dissimilar from regular concrete.

"We choose concrete as the capital cost of transporting large masses of iron or carbon fiber to the Moon is presently so expensive that profitable operation of a power plant is unlikely," the researchers write in the paper. "Concrete instead can be manufactured in situ from the lunar regolith."

Both poles of the Moon also have ample amounts of sunlight, with almost continuous coverage. On the surface itself, however, the regions where the Sun continuously shines, areas known as the "Peaks of Eternal Light," are each only a few square meters in size. At an altitude of around a kilometer, though, that area balloons to several hundred square kilometers, according to New Scientist.

What makes constructing these gigantic towers at least a little more realistic than building them here on Earth is the Moon's low gravity. The material wouldn't buckle under its own weight, despite the extremely tall design.

By building it more or less like an igloo in a tapering conical shape — the walls would only have to be 20 centimeters thick to support a tower several kilometers in height — the tower could be fitted with plenty of solar panels.

"From half a kilometer to 2 kilometers, you can have several gigawatts," Ruppert told New Scientist.

The concept grapples with one of the most difficult aspects of establishing a permanent settlement in an environment as harsh as the lunar surface. Without power, the lack of atmosphere or brutal temperatures could easily be the downfall of any future lunar base.

But making the towers and panels themselves hardy enough to survive a battering of solar radiation and meteorite strikes is a question for another day.

READ MORE: Kilometre-high concrete towers on the moon could power a lunar base [New Scientist]

More on lunar bases: China and Russia Agree to Collaborate on Lunar Base