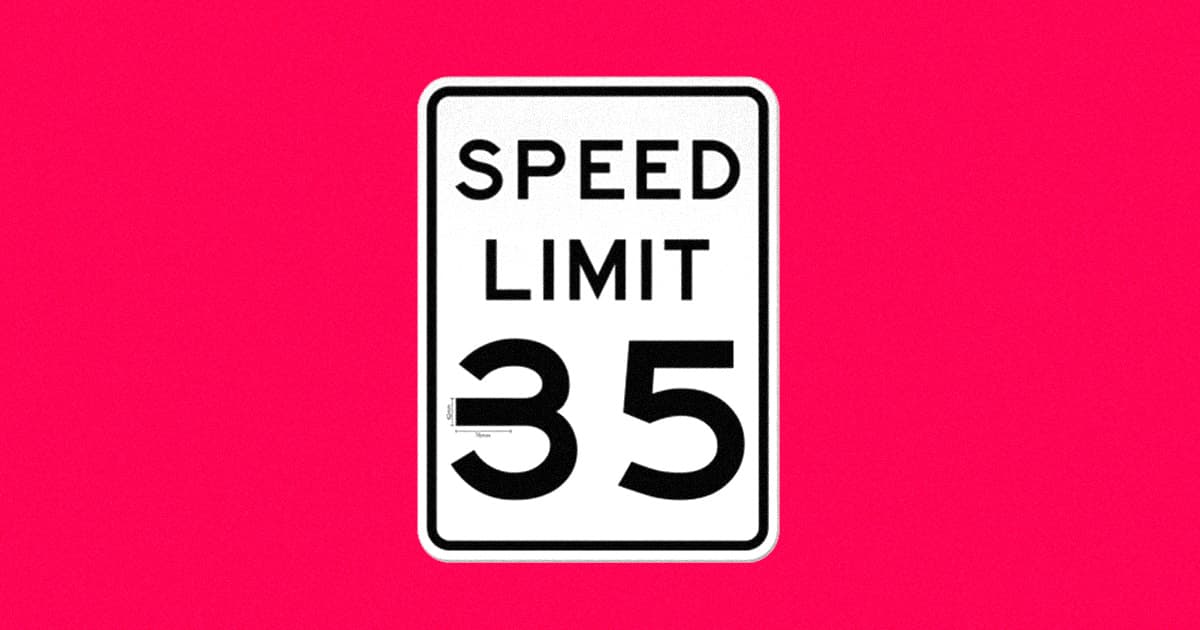 All it took was a two-inch piece of black tape.

All it took was a two-inch piece of black tape.

That's Not a Three

In a troubling experiment, researchers at security firm McAfee were able to trick two 2016 Teslas, with cruise control enabled, into driving up to 50 mph in a 35 mph zone — simply by sticking two inches of black tape over the three on the speed sign, making the vehicles think they were in an 85 mph zone.

It's a scary indication that contemporary autonomous driving features might not be as reliable as one might think.

The trick only works on Teslas featuring Hardware Pack 1 camera systems, installed in vehicles between 2014 and 2016, deployed by a company called MobilEye — though more than 40 million vehicles, including many Tesla models, feature this system, according to McAfee.

The most minimal approach that still manged to fool the system in this way was a simple two inch strip of black tape.

"Even to a trained eye, this hardly looks suspicious or malicious, and many who saw it didn’t realize the sign had been altered at all," reads McAfee's blog post.

Luckily, the exploit did not work on hardware newer than Tesla's hardware Pack 1 — in fact, newer Teslas don't use traffic sign recognition technology at all.

But "the vulnerable version of the camera continues to account for a sizeable installation base among Tesla vehicles," according to McAfee.

READ MORE: Hackers can trick a Tesla into accelerating by 50 miles per hour [MIT Technology Review]