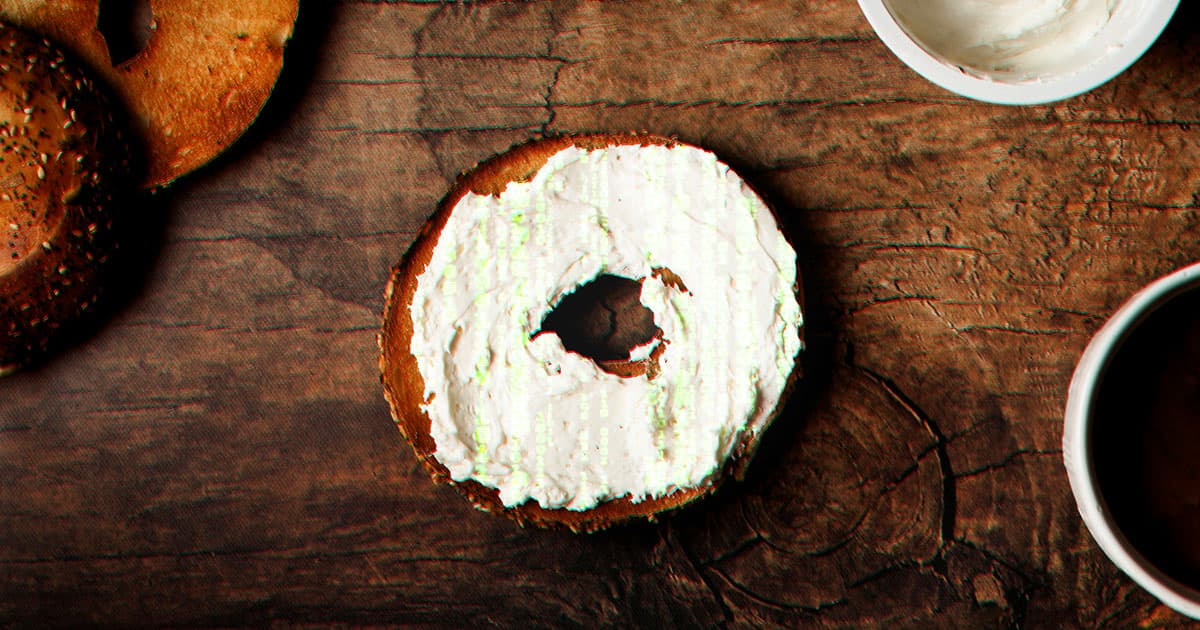 All your cream cheese are belong to us.

All your cream cheese are belong to us.

Hackers targeted one of the largest cream cheese manufacturers in the United States — and the results have been a schmear catastrophe.

Bloomberg reported that Wisconsin's Schreiber Foods was only down for a few days in October, but it was long enough that it royally screwed up the cream cheese supply chain, at a time of year when Americans are buying the delicious spread in droves.

Cream cheese, the report noted, is particularly vulnerable to supply chain issues for a number of reasons — not least of which being that it's not something that can be kept in storage, but has to be sold and served fresh. There's other issues that impact the dairy industry in particular as well, such as the additional licensing needed to pick up milk from dairy farms.

As the Wisconsin State Farmer reported around the time of the cyberattack, there were rumors that hackers demanded Schreiber Foods pay $2.5 million in exchange for regained access to their systems, though subsequent reporting hasn't confirmed the details.

If true, it wouldn't be the first major ransomware attack to hit a food supplier this year. In late September, the NEW Cooperative farmer's organization was hit with a $5.9 million ransomware attack, and in June hackers demanded the equivalent of $11 million from the Brazilian meatpacking corporation JBS SA, leading to even more supply chain issues.

While reports of cyberattacks put a lofty, high-tech spin on the shortages that have swept North America, there are very real consequences to these attacks.

Take, for instance, Bloomberg's focus on Junior's Cheesecake, a Brooklyn institution that is busier during the holiday season than any other time of year. The cream cheese shortage forced Junior's to close for a day and a half when, for the first time in its 71-year history, the shop ran out of cream cheese.

Junior's reportedly uses a whopping 4 million pounds of cream cheese per annum on a normal year, and has seen demand for cheesecakes — of which it bakes 5 million annually— by 43 percent. Pair that with a shortage, and you've got a Brooklyn-sized conundrum on your hands.

"Bagels on a Sunday with a schmear is one thing," Junior's owner Alan Rosen told Bloomberg, "but Christmas without cheesecake is another."

The good news is that the cream cheese supply chain has seemingly bounced back since its attack in late October. So hopefully the holiday season won't have to suffer too much more from a lack of cream cheese because, as the good Mr. Rosen said, it really just isn't Christmas without cheesecake.