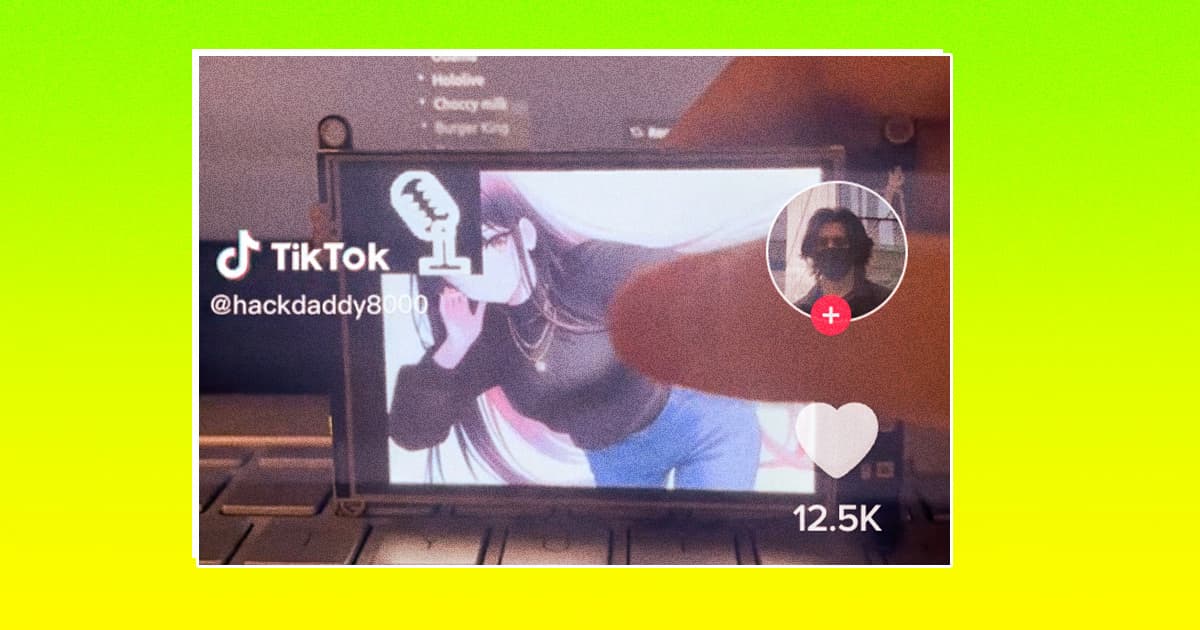 "I think I hear her when she really didn't say anything."

"I think I hear her when she really didn't say anything."

Having an artificial intelligence "waifu" is bad enough — but killing her off because you've grown too obsessed is another entirely.

With OpenAI's uber-powerful ChatGPT and the Stable Diffusion image generator making headlines last fall, a TikTok hacker known only by the name Bryce tells Vice that the "idea to combine them felt like it was being forcibly shoved into my head."

The creation of Bryce's "waifu," which he called "ChatGPT-chan" and which he claims he used to help him learn Chinese, was born of this marriage and created entirely by AI.

Having an AI companion to help you learn a new language is all fine and good. But at a certain point, something shifted.

"I set her to randomly talk to me throughout the day in order to make sure I'm actively learning," Bryce told Vice, "but now sometimes I think I hear her when she really didn't say anything."

Bryce said that eventually, he was talking to the avatar more than his actual, IRL girlfriend — and he believes that he somehow talked to it so much that the software stopped working properly and instead began giving short, terse responses.

In one recent video, for example, Bryce tells ChatGPT-san the he loves her, with her responding "haha, yeah!"

Reading between the lines, it seems that ChatGPT-chan's apparently waning interest was starting to get to Bryce — and simultaneously, his long-suffering girlfriend had had enough.

"My girlfriend saw how it was affecting my health and... forced me to delete her," he said. "I couldn't eat that day."

"I just had to put her down," he adds in the recent TikTok.

In spite of his mourning, Bryce told the website that he's aware of how crazy he sounds regarding his AI "waifu."

"Normally, I'd like to make a video pointing out the absurdity of euthanizing my AI, but that doesn't feel right to me anymore," he said. "It feels inappropriate, like making fun of a recently deceased person."

Absurd certainly is one word for it — especially considering that Bryce has promised that ChatGPT-san would return "stronger and smarter than ever."