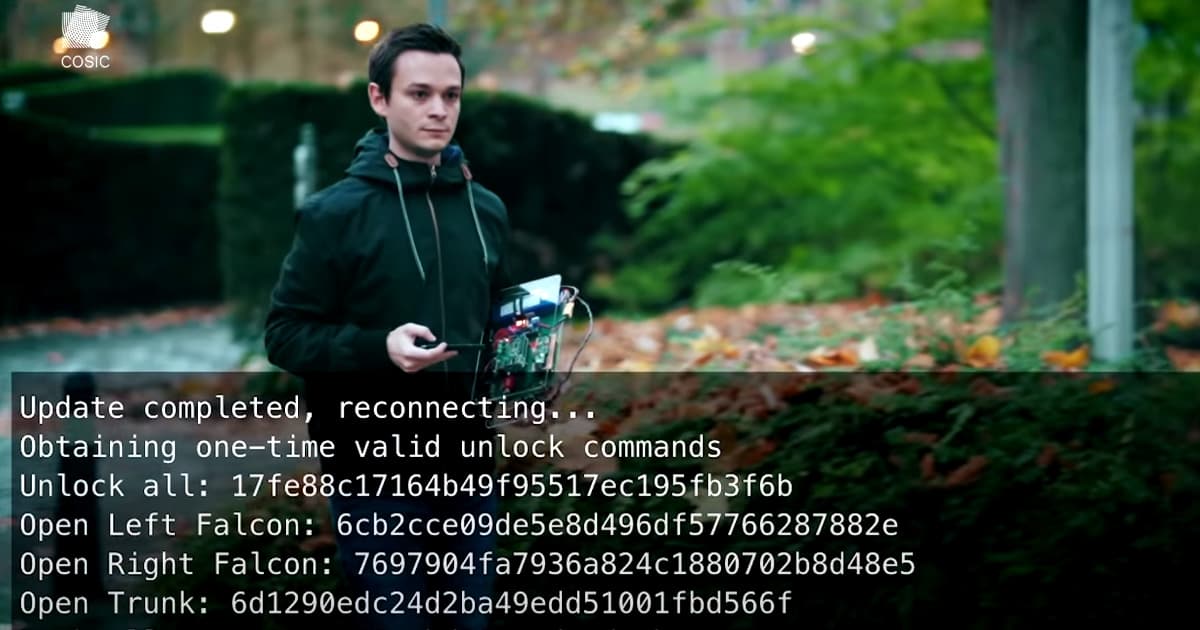 New Hack Steals a Tesla in Minutes via Bluetooth

Tesla has known about the hack since August, researchers say, but still hasn't issued an update.

Tesla has known about the hack since August, researchers say, but still hasn't issued an update.

Security researchers from Belgium have figured out a way to hack into a Tesla Model X by overwriting the firmware of the car's key fob via a Bluetooth connection, Wired reports.

Wouters combined two vulnerabilities, according to Wired. The first lets a hacker get inside a Model X with a hacked key fob using the car's vehicle identification number, which is normally printed on the dashboard where it can be read from outside the car.

The second used a custom piece of hardware that Wouters told Wired he built for about $300 using a modified Model X body control module, which he says the hacker could plug into a port on the Tesla's dashboard after gaining access to the inside of the vehicle. The second hack, he said, gives the thief full control of the car.

"Basically a combination of two vulnerabilities allows a hacker to steal a Model X in a few minutes time," Wouters told Wired. "When you combine them, you get a much more powerful attack."

It's yet another instance of a security vulnerability involving Tesla key fobs allowing hackers to get inside locked up vehicles. Last year, home security videos surfaced showing thieves hacking into a Tesla using a device with a long antenna.

Wouters told Wired that he warned Tesla about the latest hack back in August. But it doesn't plan to roll out a software update to fix either vulnerability until this coming week.

Tesla didn't reply to Wired's request for comment — which could be related to the fact that it dissolved its PR department earlier this year.