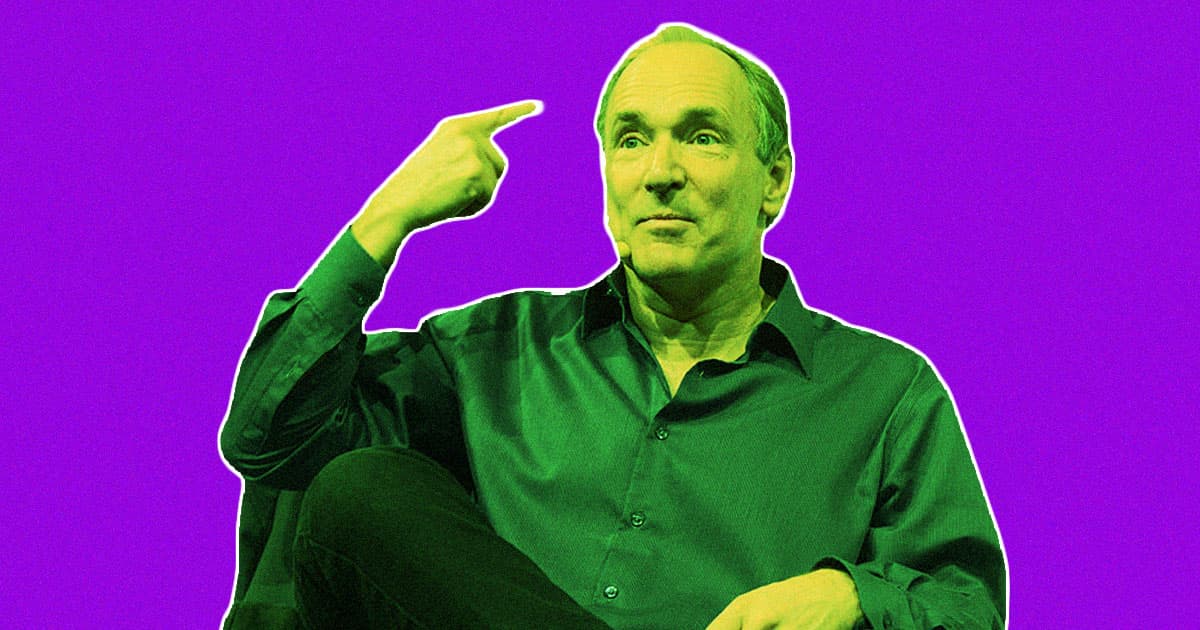 The man who literally invented the form of the internet we all use believes the future of it lies in decentralization. That man is Tim Berners-Lee, a British computer scientist who's widely credited with inventing the World Wide Web back in 1989.

However, Berners-Lee thinks we should "ignore" proposals to achieve a vaguely defined form of decentralized internet broadly known as "Web3."

The concept of Web3 has been heavily boosted by crypto peddlers who view it almost as a sort of utopia where the internet is driven by blockchain protocols, cryptocurrencies, and NFTs. A lot of the allure derives from its goal of separating the internet from the purview of monopolistic corporations like Google, Microsoft, and Amazon.

But Berners-Lee isn't convinced. In fact, he doesn't think most people even know what Web3 means.

"You have to understand what the terms mean that we're discussing actually mean, beyond the buzzwords," he said at the Web Summit in Lisbon, as quoted by CNBC. "It's a real shame in fact that the actual Web3 name was taken by Ethereum folks for the stuff that they're doing with blockchain. In fact, Web3 is not the web at all."

According to Berners-Lee, the main problem with Web3 is the blockchain protocols that would power it. As an alternative, he's been working on a decentralized web that doesn't use blockchain at all, called "Solid."

"Blockchain protocols may be good for some things but they're not good for Solid," Berners-Lee said at the summit. "They're too slow, too expensive, and too public. Personal data stores have to be fast, cheap and private."

"Ignore the Web3 stuff, random Web3 that was built on blockchain," Berners-Lee continued. "We're not using that for Solid."

Web3 has its fair share of dedicated proponents, but not even tech CEOs like Elon Musk and Jack Dorsey can fully get on board.

Musk observed in a tweet that Web3 "seems more marketing buzzword than reality right now." Jack Dorsey also opined on his Twitter that Web3 is "ultimately a centralized entity with a different label."

So if even the inventor of the world wide web who wants a decentralized internet can't get behind Web3 either, the concept begins to sound more and more doomed.

Regulating Crypto
Hillary Clinton Calls Out Crypto Exchanges for Letting Russia Bypass Sanctions
Mar 3
Read More
Sad!
Melania Trump Accused of Secretly Buying Her Own NFT to Avoid Disgrace
Feb 17
Read More
Breaking The Law
Prominent NFT Marketplace Shuts Down Almost All Sales for Fraud
Feb 14
Read More
+Social+Newsletter
TopicsAbout UsContact Us
Copyright ©, Camden Media Inc All Rights Reserved. See our User Agreement, Privacy Policy and Data Use Policy. The material on this site may not be reproduced, distributed, transmitted, cached or otherwise used, except with prior written permission of Futurism. Articles may contain affiliate links which enable us to share in the revenue of any purchases made.
Fonts by Typekit and Monotype.