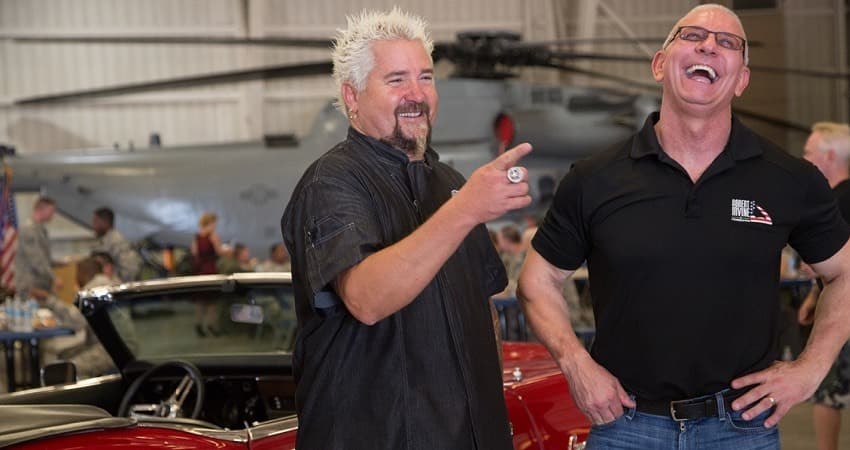 The Mayor of Flavortown served up a heaping helping of shade at Jeff Bezos recently for not doing more to help struggling restaurant workers.

Guy Fieri said that he had solicited donations from CEOs from many major companies to donate to a fund he started to help restaurant workers in the beginning months of the pandemic, according to The Hollywood Reporter. He planned to use the fund to award more than 43,000 grants to unemployed line cooks, wait staff, and more.

"I’m not into shaming people and telling who didn’t donate, that’s not my style," Fieri said to THR. While many executives from companies such as PepsiCo, Uber, and Proctor & Gamble contributed, the Amazon founder’s name was missing from the donation list.

Amazon has yet to make a comment on the situation — though Bezos has been no stranger to catching shade from others as of late.

While the celebrity chef and TV personality didn’t have any kind words for Bezos, he saved his harshest criticism for the country’s response to the restaurant industry’s struggles amidst lockdowns and COVID regulations.

Fieri channeled his rage into his restaurant relief fund and wound up raising more than $25 million for unemployed restaurant staff.

This is a very important issue to Fieri. He recently co-directed a documentary called Restaurant Hustle 2020: All on the Line that follows the lives of four chefs as they try to stay in business during the coronavirus pandemic. He’s also planning to donate all the prize money from his Food Network competition show Tournament of Champions towards struggling restaurateurs.

The takeaway: Guy Fieri has firmly emerged out of his former meme status like a phoenix rising from the fires of his flame shirt and cemented himself as a well-respected and beloved figure in the food world — and you can put that on a flip-flop.

More on Bezos beef: Elon Musk Just Said That Jeff Bezos “Can’t Get It Up”