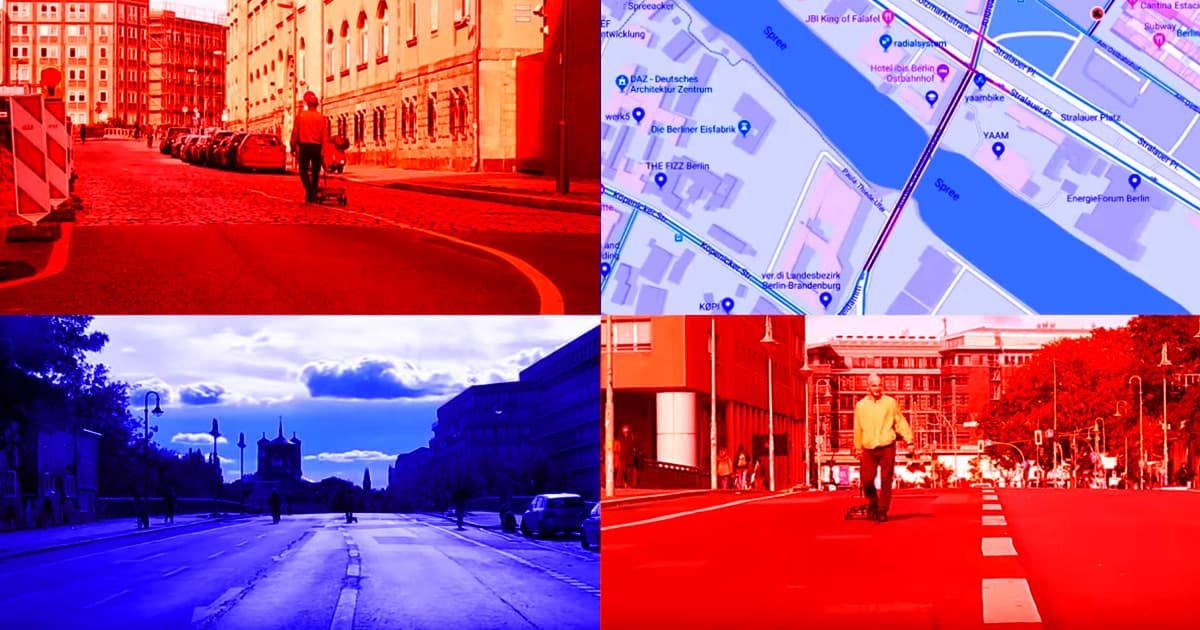 Google Maps makes it easy to spot heavy or slow-moving traffic on busy roadways by highlighting them in orange or red.

But German artist Simon Weckert creating his own personal traffic jams on the service by loading 99 smartphones into a small cart and lugging them down a street.

The hack also inconveniences other drivers on Google Maps, re-routing them around Weckert’s own personal traffic jam, sometimes leaving him and his cart alone on long stretches of roadway.

To Weckert, having a host of other apps such as Airbnb, Uber, and even jogging maps rely on Google Maps, causes a shift in power in how we perceive both the physical and virtual world around us.

“Google’s map service has fundamentally changed our understanding of what a map is, how we interact with maps, their technological limitations, and how they look aesthetically,” Weckert wrote on his website.

More on Google Maps: Google Maps Now (Accurately) Shows that Earth is Round