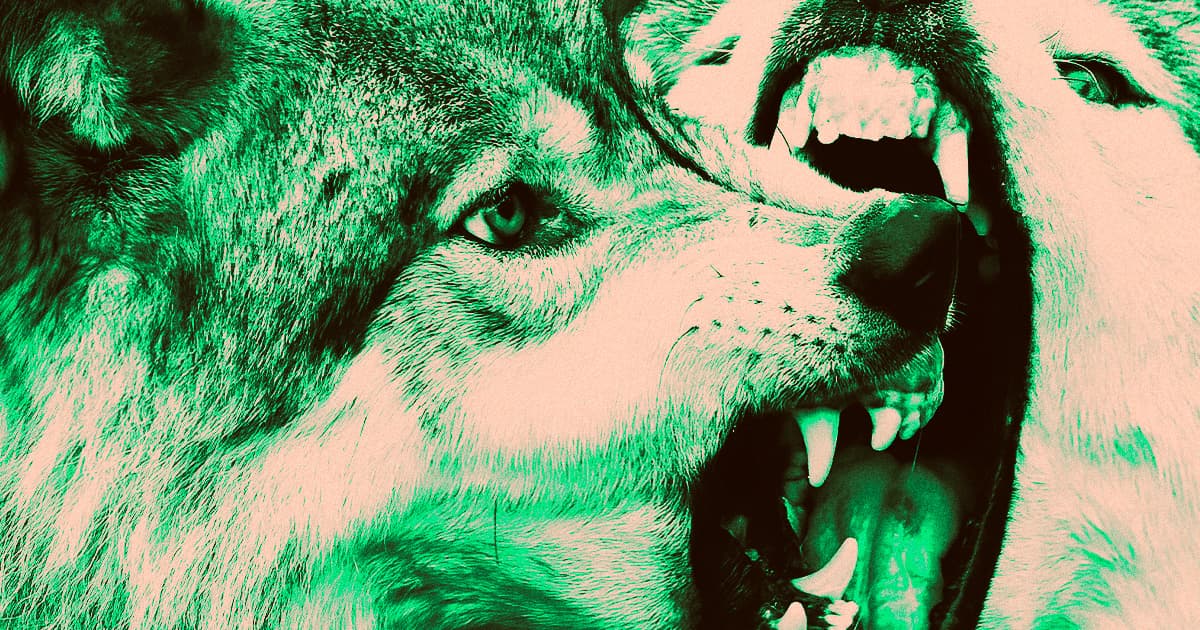 This is kind of based.

This is kind of based.

It seems that grey wolves are yet more victims of the strange and poorly-understood toxoplasma gondii parasite — but in their case, the effects of this brain worm seem to be driving the wolves toward leadership roles.

A new study in the journal Communications Biology details how an analysis of 27 years of data found that grey wolves in Yellowstone National Park that were infected with the T. gondii parasite were, like most animals who get the associated toxoplasmosis disease, driven toward risk-taking behaviors.

While that often plays out poorly in other animals — including humans, who can catch toxoplasmosis from cat crap, some scientists say — the infected canids surveyed by the Yellowstone Wolf Project for the study appeared to be up to 46 times more likely to become pack leaders in the wake of infection. This may be because T. gondii has been shown in other mammals — including, in humans in particular — to increase testosterone levels, the research notes.

The wolves infected with the parasite were also, per the study, 11 times more likely to venture into new territory than their uninfected counterparts — a macho move if there ever was one, as this dangerous behavior tends to quite literally expand the pack's turf.

"We assume that there might be some sort of link between boldness caused from [T. gondii] and being more willing to leave your home range and go to another wolf’s territory and possibly be killed," YWP biologist Connor Meyer told CNN in an interview about the findings.

While the researchers led by the Meyer and his fellow YWP biologist Kira Cassidy don't have a definitive origin story for the T. gondii in the grey wolves from the study, they've hazarded a guess: that they could have gotten it from the parasite-carrying cougars with which they share Yellowstone.

We'll have to see how future research plays out, but the research could open up new avenues of interest in the growing toxoplasmosis research cottage industry — especially, perhaps, once men find out that it may increase their T levels.

More on toxoplasmosis: It's Surprisingly Likely That You Have a Nasty Parasite in Your Eyeball