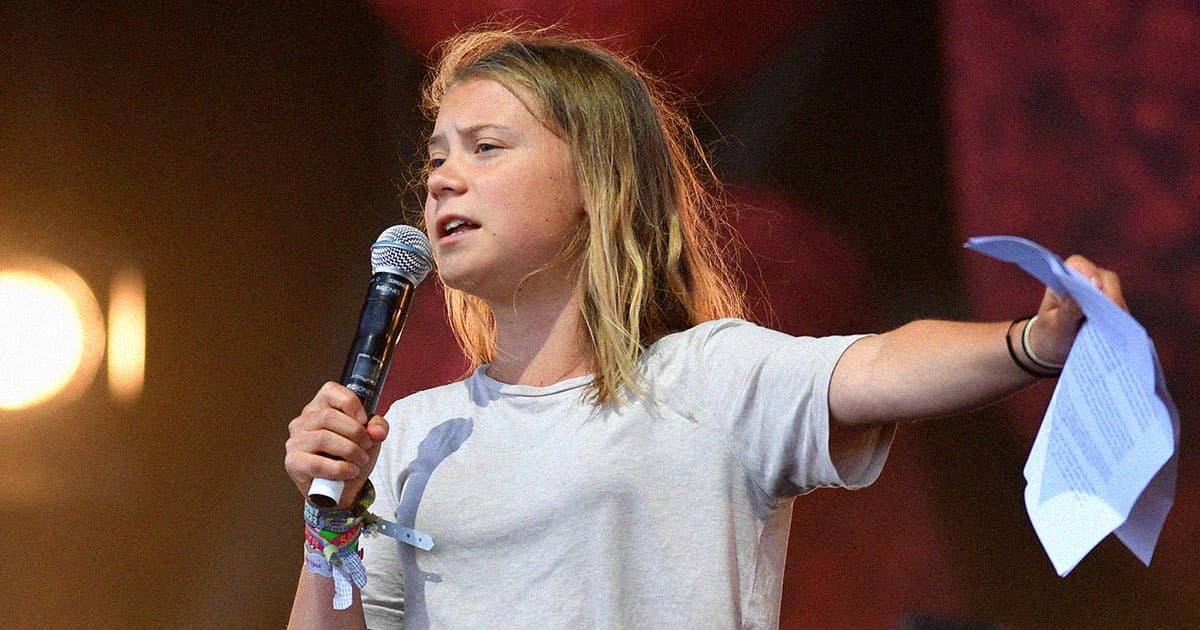 "I feel that it’s a mistake to close them down in order to focus on coal."

"I feel that it’s a mistake to close them down in order to focus on coal."

Prominent climate activist Greta Thunberg has seemingly changed her tune — or at least softened her stance — on nuclear power.

In an interview on the German national TV channel Das Erste this week, the 19-year-old Swedish activist shared her thoughts on the German government’s decision to revert to burning coal in the wake of a deepening energy crisis brought about by the Russia-Ukraine war.

"Personally I think that it’s a very bad idea to focus on coal when [nuclear power] is already in place," Thunberg said in the interview. "But of course, it’s a very infected debate."

When asked if nuclear power is the "better choice for the time being" to address the climate crisis, Thunberg said "it depends."

"If we have them already running," she continued, "I feel that it’s a mistake to close them down in order to focus on coal."

The interviewer pressed Thunberg on her answer, and asked if she thinks nuclear power should be phased out as soon as possible, but her answer to that, too, was "it depends."

"We don’t know what will happen after this," Thunberg added.

Thunberg’s responses are a marked departure from her usual rhetoric surrounding nuclear power. It was only as recently as this summer that Thunberg lumped natural gas and nuclear power together, condemning them both as "false solutions" that were a symptom of "greenwashing," in a tweet ahead of the European Parliament’s eventual decision to label the two forms of energy as renewables.

Still, Thunberg’s replies this week were noticeably cautious, avoiding outright decrying nuclear power, but also avoiding touting it as the panacea to our energy and climate problems.

Wherever she truly stands on nuclear, it’s a bold — albeit somewhat tepid — position to take in a country like Germany, which has had a strained relationship with nuclear power despite being early adopters. The government vowed in 2011 to shut down all nuclear power plants by the end of this year, but those plans have been delayed as the nation struggles to worm its way out of the energy crisis.

Fusion Force
China Announces Plan for Hybrid Fission-Fusion Power Facility
Sep 17
Read More
Great Balls of Fire
"Radioactive Gobstoppers" Could Stop the Next Nuclear Reactor Meltdown
6. 30. 20
Read More
Fukushima Plans to Power Region With 100% Renewable Energy
1. 6. 20
Read More
+Social+Newsletter
TopicsAbout UsContact Us
Copyright ©, Camden Media Inc All Rights Reserved. See our User Agreement, Privacy Policy and Data Use Policy. The material on this site may not be reproduced, distributed, transmitted, cached or otherwise used, except with prior written permission of Futurism. Articles may contain affiliate links which enable us to share in the revenue of any purchases made.
Fonts by Typekit and Monotype.