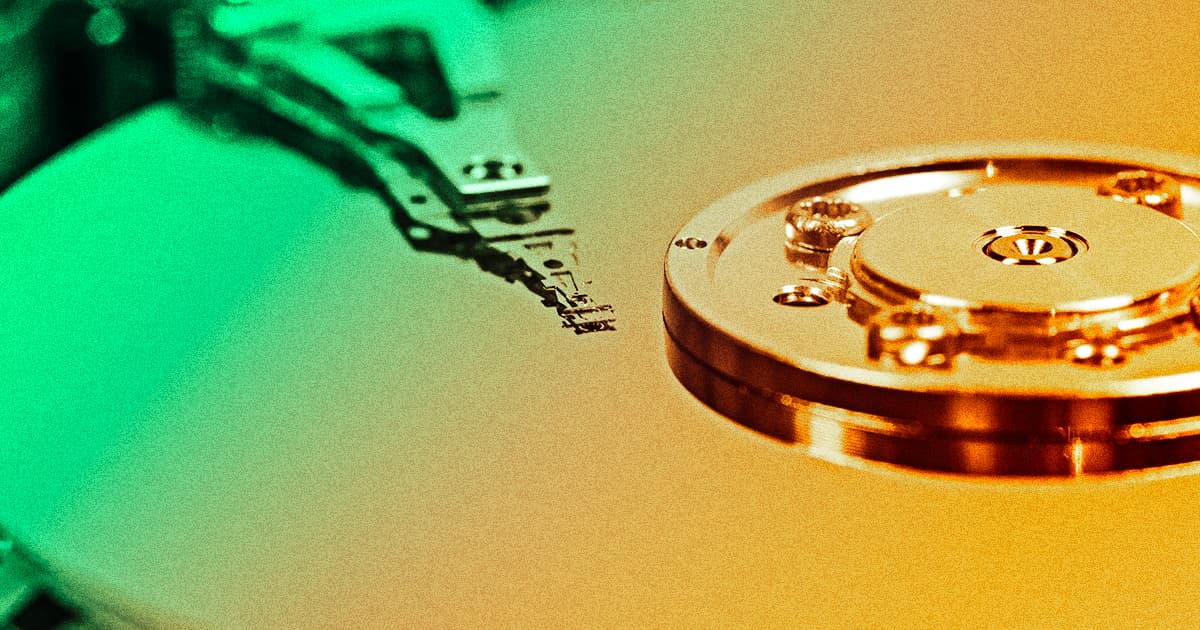 Just slap some graphene on that bad boy and watch it work.

Just slap some graphene on that bad boy and watch it work.

A team of scientists led by the University of Cambridge has developed a new ultra-high density hard drive that they say has ten times the data storage of other leading drives — thanks to an ultra-thin coating of graphene.

Graphene, which is a material made of a one-atom-thick layer of carbon, is a bit of a buzzy darling in the material sciences community, to the point that it's nearly a meme to implement it in just about anything, whether it's computers, batteries, or outerwear, that needs a high-tech update. But in this case, it does seem to make a significant difference, according to research published in the journal Nature Communications, and the Cambridge research could herald a new era of ultra-powerful hard drives that make today's storage issues seem trivial.

There's nothing magical about graphene that makes hard drives suddenly work better. But the ultra-thin material does cut down on some of the filler that gets built into drives, allowing for greater storage density and performance.

Hard drives are essentially made of rapidly spinning platters that are protected by carbon-based overcoats (COCs). As technology has improved, manufacturers have made those carbon layers thinner and thinner. But there's still room for improvement: swapping the COCs out for even thinner layers of graphene means less filler bulk and more physical space that can be reallocated for data storage, according to a press release. And, it turns out, graphene still works just fine as a protective coating, so there's very little tradeoff from abandoning COCs for graphene.

"Demonstrating that graphene can serve as protective coating for conventional hard disk drives and that it is able to withstand [data recording] conditions is a very important result," Cambridge Graphene Center researcher and study coauthor Anna Ott said in the release. "This will further push the development of novel high areal density hard disk drives."

More on graphene: If Graphene Batteries Do Everything Scientists Say, They Could Be a Gamechanger

Hundreds of 2D Materials Could be the Next Graphene
2. 16. 18
Read More
Inkjet-Printed Graphene Could Pave the Way for Tomorrow's Washable Wearables
1. 25. 18
Read More
Your Skin Heals Itself. Soon, Robots' Skin Will, Too.
3. 22. 17
Read More
+Social+Newsletter
TopicsAbout UsContact Us
Copyright ©, Camden Media Inc All Rights Reserved. See our User Agreement, Privacy Policy and Data Use Policy. The material on this site may not be reproduced, distributed, transmitted, cached or otherwise used, except with prior written permission of Futurism. Articles may contain affiliate links which enable us to share in the revenue of any purchases made.
Fonts by Typekit and Monotype.