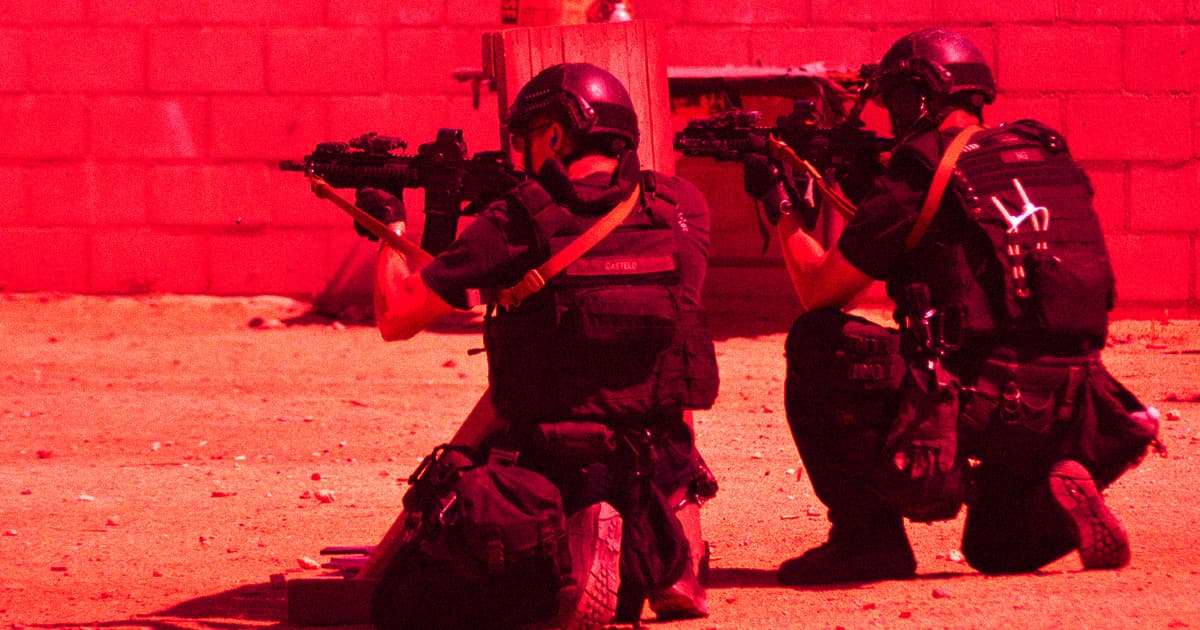 Grandfather Dies of Heart Attack After Minors SWAT His Home

Believe it or not, they were after his Twitter handle.

Believe it or not, they were after his Twitter handle.

The man was "swatted," a criminal harassment scheme in which a person tricks the police into sending a SWAT team to a person's address.

The reason why Herring drew the harassment is equally strange. The harassers allegedly swatted Herring order to intimidate him into handing over his Twitter handle @tennessee, an exceedingly rare username on a platform of hundreds of millions.

Fortunately, the perpetrators have already been identified. Shane Sonderman, who was a minor at the time of the incident, was the one who "collected all our information, my address, my sister's, my moms, my mother sister, and put it on a channel on Discord, which is a gaming chat forum," Herring's daughter Corinna Fitch told WKRN.

Sonderman is now behind bars and is awaiting trial.

A different minor, from the UK, made the call to the local police department, according to Fitch. Because they are a minor, the UK won't be extraditing the perpetrator to the US, nor releasing their identity.

According to WKRN, the UK minor had five other targets in the US as well, but Herring was the only target who died.

Barriss pleaded guilty to 51 federal charges and was sentenced to 20 years in prison in 2019.

READ MORE: A grandfather died of a heart attack after minors swatted him over his rare Twitter handle [Techspot]

Against the Stream
YouTube Sues Man for Allegedly Swatting a Minecraft Streamer
8. 21. 19
Read More
Musk's Guns
We Are Alarmed by Every Detail of Elon Musk's Bedside Table
6:50 PM
Read More
Not GOATed
Crypto Guys Spend $600,000 on Hideous Wormlike Elon Musk Statue, Causing Their Coin to Crash
6:01 PM
Read More
+Social+Newsletter
TopicsAbout UsContact Us
Copyright ©, Camden Media Inc All Rights Reserved. See our User Agreement, Privacy Policy and Data Use Policy. The material on this site may not be reproduced, distributed, transmitted, cached or otherwise used, except with prior written permission of Futurism. Articles may contain affiliate links which enable us to share in the revenue of any purchases made.
Fonts by Typekit and Monotype.