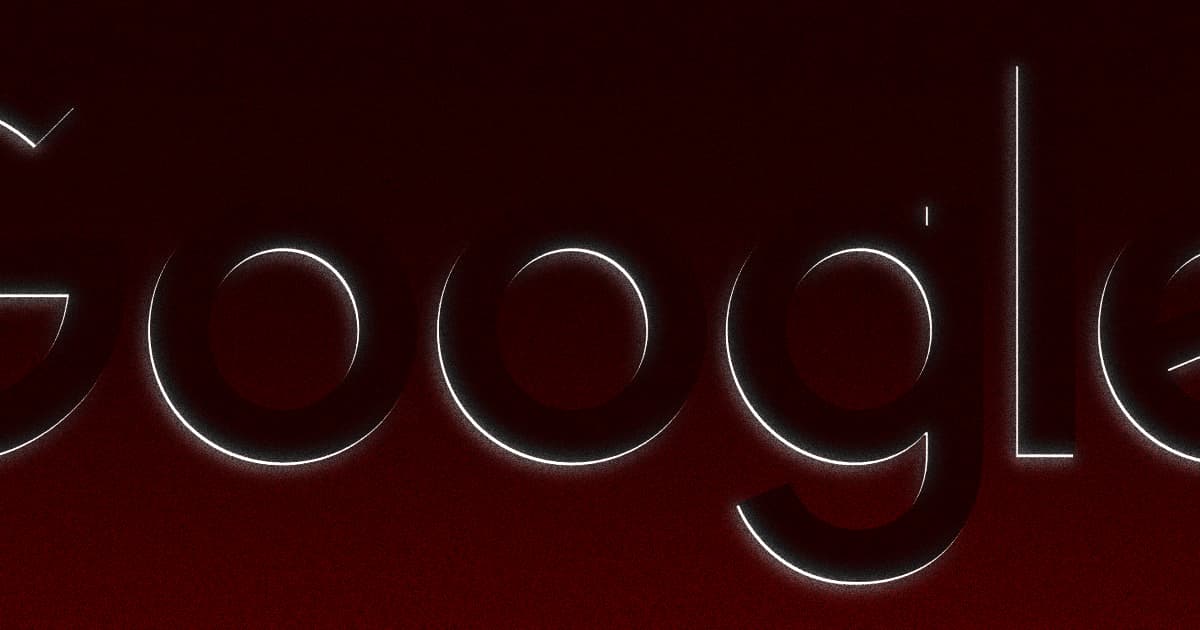 It's a weird promise to make after firing its AI ethicists.

It's a weird promise to make after firing its AI ethicists.

Google is desperately trying to save face after recently kicking to the curb two of the most prominent AI ethicists in the field, who once worked for them.

This is fun: Leaked audio, from an internal Google meeting, acquired by Reuters. It reveals that the company's in a bit of a scramble to turn things around and restore its reputation as a leader of responsible AI development. It's a reputation that's been on the downswing for a while — certainly, at least, since it removed "don't be evil" from its employee code of conduct.

Remember: Google fired Timnit Gebru, formerly one of the leaders of its AI ethics team, after she raised concerns about Google censoring and altering its own researchers' work to make the company look better (while also trying to scrub conversations about racial inequity within the company). Months later, Google fired ethical AI co-leader Margaret Mitchell, who had spoken up about Gebru's firings and the same issues Gebru had.

That resulted in a major public outcry and, per Reuters, turmoil within Google as employees all but fully revolted against senior leadership. By trying to avoid bad PR by censoring ethicists, Google created a veritable shitstorm for itself. And now they're trying to clean up the mess.

Google didn't respond to Reuters' request for comment, but audio from the meeting revealed that Google leadership will be experimenting with new ways to review AI ethics papers while "working to regain trust."

Hopefully, and we’ve got all of our fingers crossed for this, some of those experiments will simply come down to being slightly less authoritarian with its staff. And then, perhaps, the rest of us.