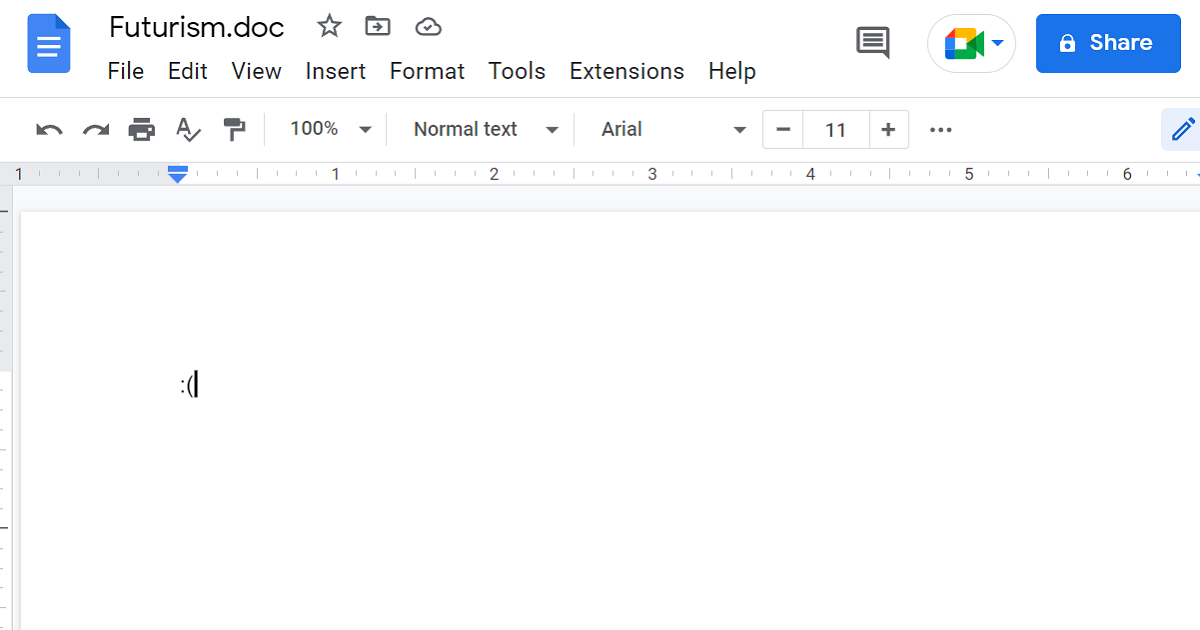 Google Docs apparently has a problem with repetition.

At least, that seems to be the implication after users discovered a genuinely puzzling bug last week that caused the browser-based word processor to crash when confronted with repeated instances of the same word, like "and," "but," or "however."

The original glitch was discovered when a user, who later posted on Google Support about it, entered the repetitive, case-sensitive phrase "And. And. And. And. And."

Others confirmed that they had the same issue with similarly-repetitive phrases.

"Each of these words reproduces the issue," one user wrote, adding that they tried the words "Also, Therefore, And, Anyway, But, Who, Why, Besides, However."

As Engadget later noted, the issue appears to have originated with Eliza Callahan, a poet acquaintance of the original Google Support poster. Though the forthcoming novel the phrase appears in hasn't been published, an excerpt does appear on the poet's site.

Not long after users raised the issue, a Google developer confirmed that it had been fixed — but that didn't stop others from riffing in ways that could also be considered poetic.

"Fascinating. For anybody who wants to know the science behind this, Google Docs uses a 'Markov Chain' to predict the next word for autocompletion purposes,"one user wrote in the thread."In this case, of course, since we've already written 'And' 5 times, the only logical next word would be 'And', as showed in Djikstra's 1989 paper on the subject. Therefore, the Markov Chain never terminates and hence the memory chain overflows with infinite ands."

"Obviously, this is partly intentional — Gregory Markov modelled his famous Chain after his younger brother, who would try to finish all of Gregory's sentences for him," they added. "The one way Markov could fool him would be to repeat the same word multiple times, and then say 'Jinx', also I made all of this up, good luck Google Docs team."

More on glitches: Man Married to Hologram Can’t Talk to Wife Due to Software Glitch