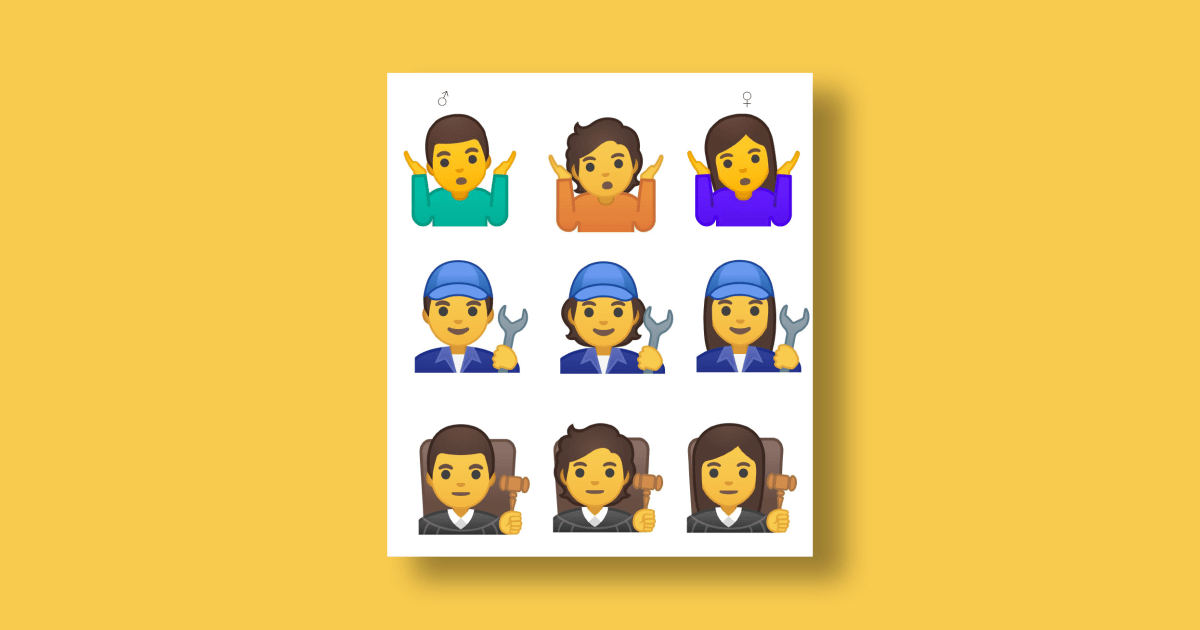 Google Is Adding 53 Gender-Fluid Emoji to Its Smartphones

Emoji are about to get a lot more inclusive.

Emoji are about to get a lot more inclusive.

Google is releasing 53 new gender-fluid emoji, according to a Fast Company exclusive — the latest example of efforts to make the tiny symbols more inclusive.

“We’re not calling this the non-binary character, the third gender, or an asexual emoji — and not gender neutral. Gender neutral is what you call pants,” Android emoji director Jennifer Daniel, who sits on the Unicode consortium, told Fast Company. “But you can create something that feels more inclusive.”

The work-in-progress designs shared with Fast Company exhibit many of the same features of the more gendered emoji, but with tiny tweaks that make the characters appear neither male nor female — or perhaps both.

The newly designed merperson emoji, for example, boasts chin-length curls, an orange tail, and crossed arms over its chest. Meanwhile, the new vampire wears a chain across its lapels, an accessory that’s a bit more gender-neutral than the necklace or bowtie sported by the seemingly female- and male-presenting vampires, respectively.

The new gender-fluid emoji will launch as part of a Pixel smartphone beta release this week, with a roll out to all Android Q phones planned for later in 2019, at which point they’ll join the recently released emoji designed to better represent people with disabilities.

As Fast Company points out, Google collaborates with Apple and other tech companies when developing emojis, so we could see others release their own versions of the new gender-fluid emoji in the near future.