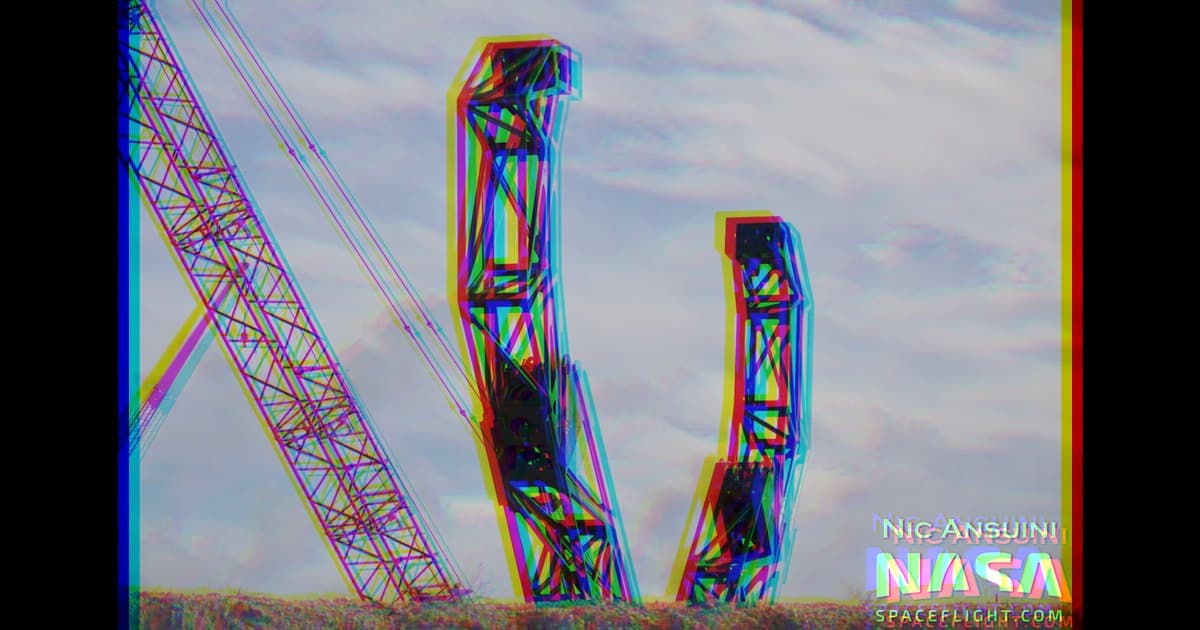 A pair of massive claw-like structures have been sighted at SpaceX’s launch site. It’s fueling speculation that they might be a part of the company’s Mechazilla rocket catching system.

The claws were initially spotted by NASASpaceFlight photographer Nic Ansuini. The structure was being worked on by engineers near the construction site for Mechazilla's catch arms. However, it’s unclear if the claws will be a part of the quick disconnect arm or the actual "chopstick" catching system.

While it would be pretty cool to see giant claws snatching the rocket out of the sky, it’ll likely be used as a part of the system’s quick disconnect arm. This is a swinging arm that holds an umbilical connector allowing it to attach itself to Starship’s base to supply it with fuel.

True to its name, it’ll be able to connect and disconnect quickly... well, as quickly as an enormous robot arm can move at least.

I also made this based on the Latest RGV shot. pic.twitter.com/aicuHVFqcq

Regardless of what its actual function ends up being, the claw will ultimately be a part of Mechazilla, SpaceX’s giant robot tower that the company will use to catch the primary rocket stage after it launches Starship into orbit.

"SpaceX will try to catch largest ever flying object with robot chopsticks," SpaceX CEO Elon Musk tweeted on August 30 along with a video clip from the movie Karate Kid. "Success is not guaranteed, but excitement is!"