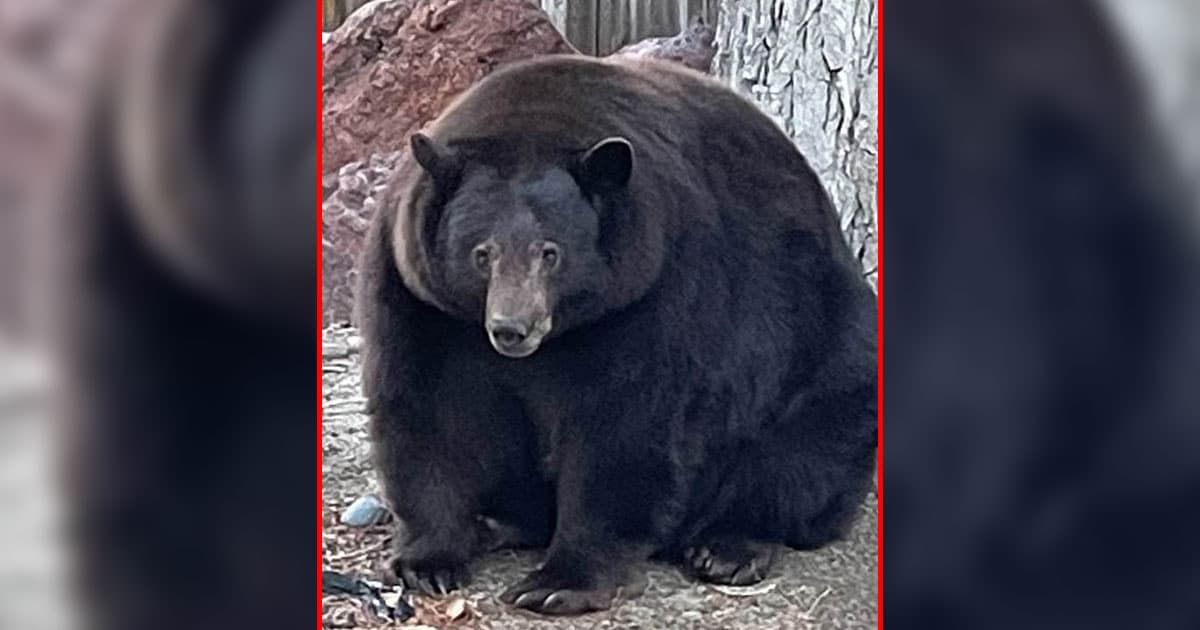 This week, the 500-pound black bear known as "Hank the Tank" became the cutest yet most terrifying criminal on the run.

Hank, pictured in the tweet below, was in danger of being euthanized for an alleged spree of several dozen home break-ins in California, NPR reports. But new DNA evidence revealed Hank had at least two other accomplices that rummaged for food and left a "trail of destruction" behind, according to the New York Times.

The Times reports that authorities had previously used paintballs guns, Tasers and sirens to deter Hank, but the big guy wasn't phased because of his lust for leftovers and lack of fear of humans. That's before they discovered that they were confusing Hank for two other large bears, although it's unclear if local first responders are on the same first-name basis yet with the other offenders.

"It’s easier to find leftover pizza than to go in the forest," Peter Tira, a spokesman for the California Department of Fish and Wildlife told the Times, in a relatable defense.

Perhaps Hank and his cohort will serve as positive examples for us all given that human-and-bear conflict is likely to become more likely in the future. According to a Colorado Parks & Wildlife safety bulletin, only humans can prevent conflicts with bears, who often enter unlocked windows and doors in search of food.

Imagine if a strange group of animals began leaving unattended, seemingly unwanted and relatively unguarded items in your backyard. You'd probably sniff around to investigate, right? The same happens to bears because of habitat loss. As humans encroach on their territory, tantalizingly delicious items such as garbage, leftovers and even small pets pique bears' interest. In fact, the nonprofit Bear Conservation says habitat loss is the greatest threat of all to the lumbering critters.

"Habitat loss is generally considered to be the most significant and immediate threat to each of the eight species of bear," the group wrote on its site. "Not only does the loss put pressure on bear populations by reducing their available ranges, it also drives them closer to areas of human population and onto cultivated land."

You'd probably do the same thing in Hank's shoes — er, paws — so do your part and lock up those tempting treats if you live in bear territory. And if not, you can still rest easy knowing Hank's gang is moving to a newer, safer location.