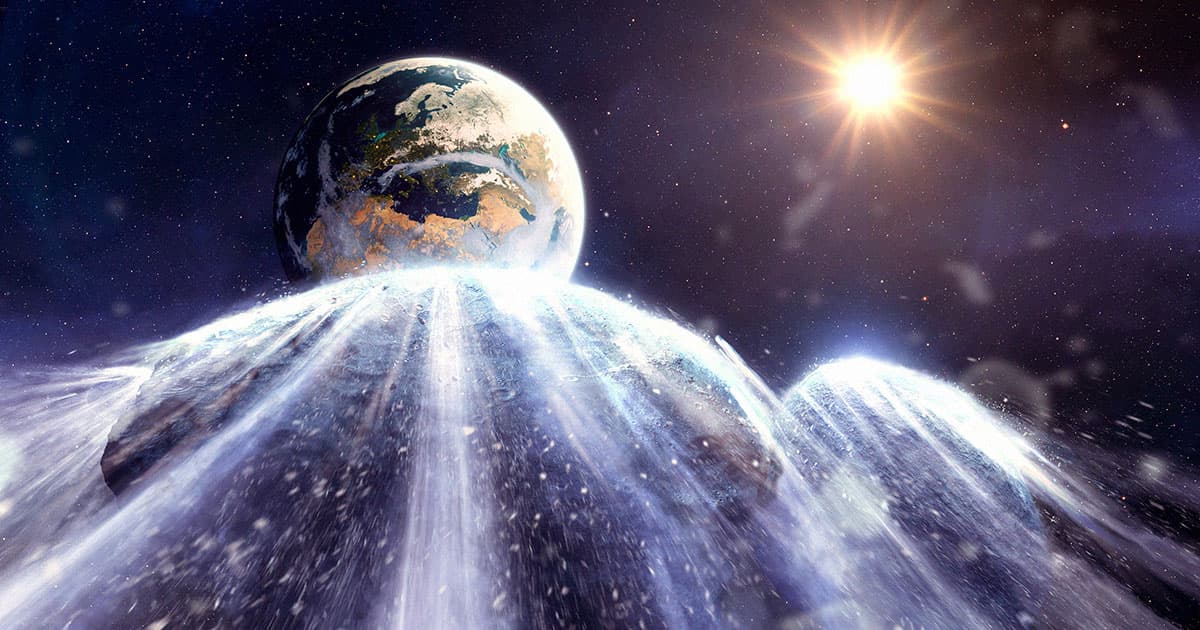 It'll be a sight for sore eyes (if you have a telescope handy).

It'll be a sight for sore eyes (if you have a telescope handy).

We're about to have a close call with a huge asteroid — but don't worry, it's not gonna turn out like in the recent satirical science fiction movie "Don't Look Up."

As Live Science reports, astronomers are categorizing this one kilometer long asteroid — that's double the length of the Empire State building — as "potentially hazardous" due to its hefty size and troubling trajectory.

And though it won't hit Earth, the asteroid is coming so close it will become visible with a small telescope. And that's pretty cool.

NEWS 🚨: On Jan. 18 an asteroid twice the size of the Empire State Building will zoom by Earth safely at about 1.2 million miles (5x the moon distance)

While that's still very far away, NASA's Asteroid Watch notes that the "potentially hazardous" moniker is placed on any asteroid that's "more than about 460 feet (140 meters) in size with orbits that bring them as close as within 4.6 million miles (7.5 million kilometers) of Earth’s orbit around the Sun."

According to NASA's NEO Observation Program, there are roughly 28,000 known NEOs that are at least 460 feet wide, with 3,000 new sightings being made each year, Live Science notes.

This isn't the first time this particular asteroid has screamed past our planet. It came within 700,000 miles away from Earth in 1933, according to NASA's Jet Propulsion Lab — and will pay us another visit in 2105 as well.

Though interest in asteroids — and any potential collision with Earth — is always a spicy meatball, NASA says we should be safe and sound at least for the next 100 years or so.

READ MORE: Watch an Asteroid Race Across the Sky [Sky and Telescope]