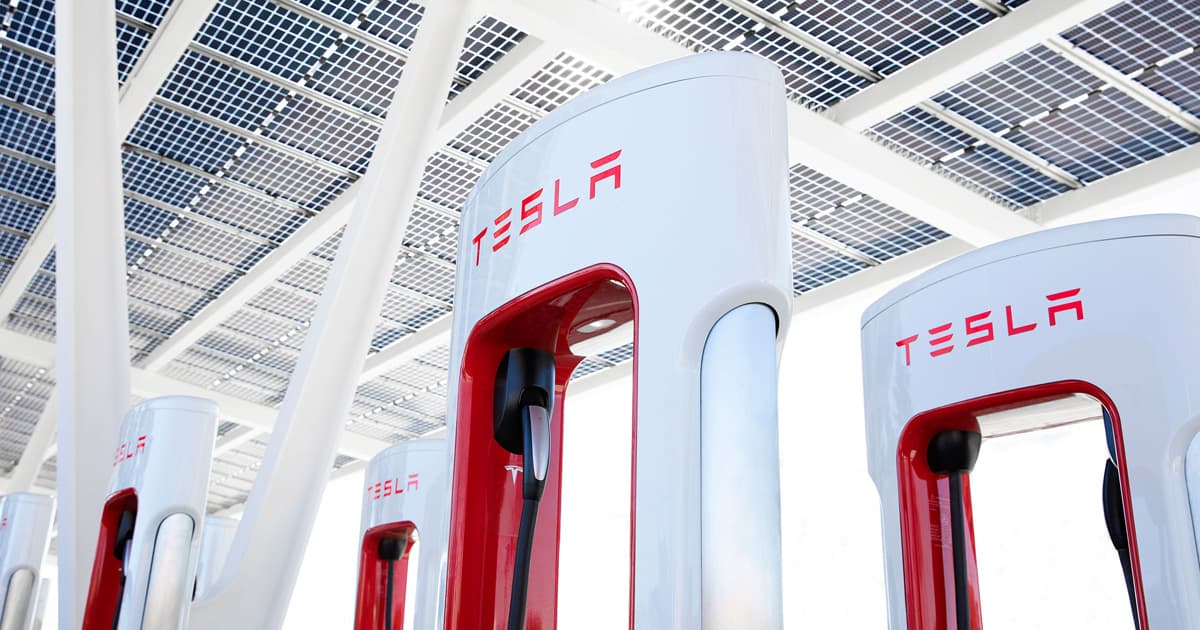 Germany Wants Tesla to Share Its Supercharger Network With Other Carmakers

"There are a few technical issues to be cleared up, but I expect we will come to a resolution."

"There are a few technical issues to be cleared up, but I expect we will come to a resolution."

Germany's Minister of Transportation Andreas Scheuer is reportedly in talks with Tesla about opening up its Supercharger network to other carmakers, according to Reuters.

"There are a few technical issues to be cleared up, but I expect we will come to a resolution," he added. "The aim is the barrier-free use of the charging stations of all providers for all e-cars, and that with a uniform payment system, ideally via smartphone."

It's a sign that regulators are starting to think seriously about the hurdles facing widespread electric vehicle adoption. Lacking charging infrastructure remains to be one of the biggest factors slowing it down.

Tesla's Supercharger network is one of the most extensive electric car charger networks around today, operating more than 1,000 charging spots in Germany alone. There are over 25,000 individual charging stalls at over 2,700 Supercharger stations worldwide, with North America accounting for roughly half.

And the network is growing quickly. According to a Wednesday tweet by Tesla CEO Elon Musk, a "massive increase in Supercharger network is underway."

Other carmakers — and regulators — are starting to pay attention. In fact, other carmakers are already "being made accessible to other electric cars," according to a December 2020 tweet by Musk, adding that "it's kind [of] low-key."

Details about Tesla's plans to allow other carmakers to use its Superchargers are still sparse, however.

It's unclear what Tesla's approach will be — but it's unlikely the company will open up its considerable infrastructure investment free of charge.