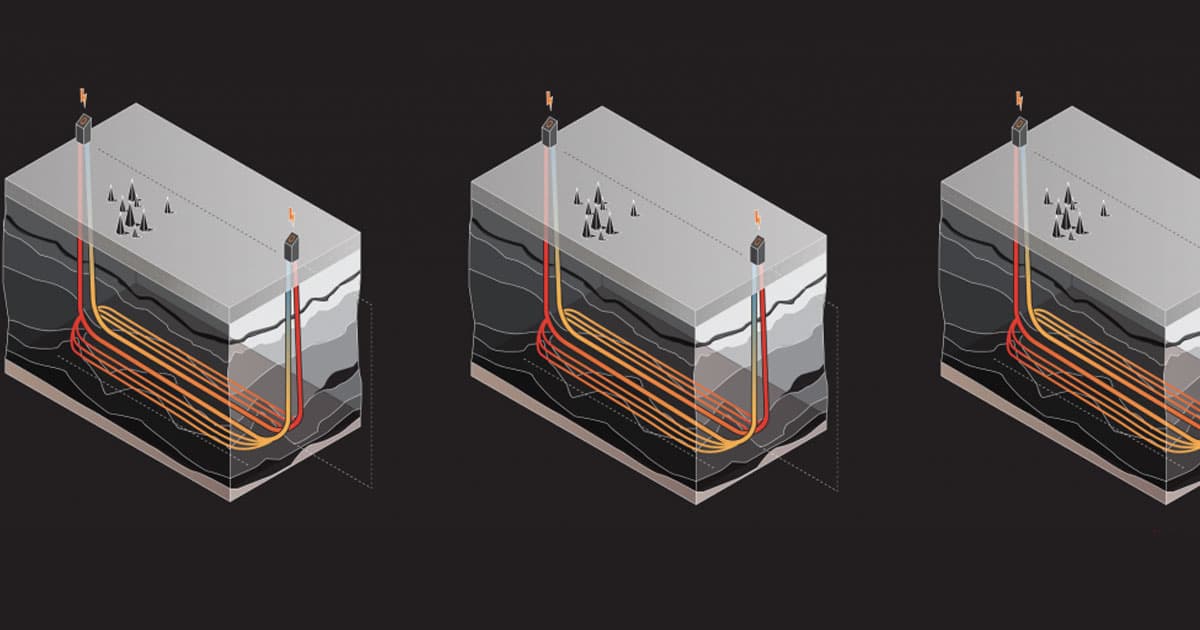 This Geothermal Energy System Could Be Built in a Backyard

"It's just a much more benign system..."

"It's just a much more benign system..."

In June, a U.S. government report noted the "enormous untapped potential" of geothermal energy, the heat naturally produced beneath Earth’s surface, for the generation of electricity.

Now, Canadian company Eavor Technologies is building a first-of-its-kind geothermal system in Alberta — and it could help the world finally tap into that potential.

"You can put it almost anywhere," Eavor CEO John Redfern told CBC News. "It's not like a windmill or solar panel... almost everything's underground so you can literally put it in someone's backyard."

Eavor will then circulate a proprietary fluid through the tunnel. That liquid will collect heat from below the Earth's surface, bringing it above ground where it can be transformed into usable electricity.

The Eavor Loop system requires no fracking and creates no greenhouse gas emissions, meaning it could allow the world to finally tap into the energy right beneath our feet — while causing minimal damage to the environment.