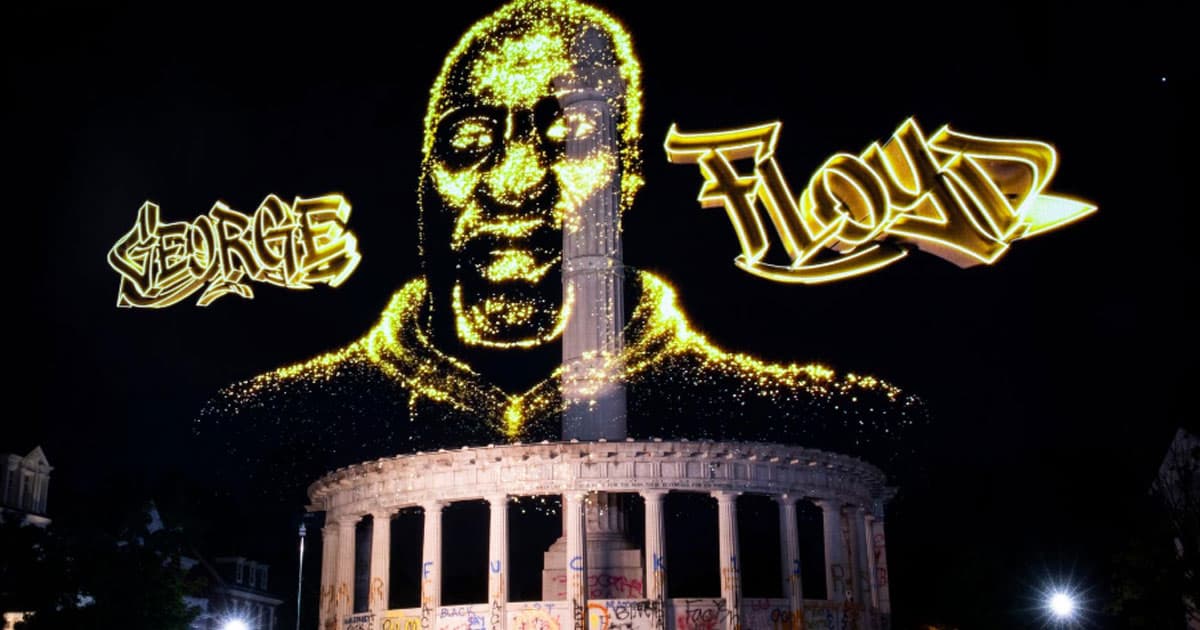 "This project aims to reflect the power and beauty of those millions of voices standing up for change."

"This project aims to reflect the power and beauty of those millions of voices standing up for change."

Replacing the likeness of the Confederate leader, who owned more than 100 slaves, was a 3D hologram of George Floyd, whose death at the hands of Minneapolis police in May kicked off mass protests against racism across the globe.

Last night @Change and the @GeorgeFloydFdtn, working with @WeAreKaleida projected a hologram memorial of George Floyd at the former site of the removed Jefferson Davis Memorial. This holographic memorial will tour the southern U.S. replacing former confederate monuments. pic.twitter.com/23fyoVLyHH

The project is a collaboration between the George Floyd Foundation and Change.org, Newsweek reports. The hologram will be a traveling installation, making five stops along the route taken by the Freedom Riders, a civil rights activist group that rode interstate buses into the segregated south in 1961. It shows Floyd, along with a stylized version of his name, reconstituted by glowing fireflies.

Tonight, the hologram will take over the statue of Robert E. Lee, also in Richmond.

The hologram was created and designed by Kaleida Hologram Co., which specializes in holographic projection screens and gauzes for clients including Netflix.

It was projected by Quince Imaging of Virginia, a company specializing in video projection mapping, a technology used to overlay video over 3D objects. However, it's unclear how exactly the effect of the George Floyd hologram was created.

"This project seeks to replace the monuments of racist Confederate memory with symbols of solidarity and justice," Sylvia Rolle, a senior campaigner at Change.org, said in a statement. "This project aims to reflect the power and beauty of those millions of voices standing up for change."

Amazing hologram of George Floyd in Richmond. You can hear the Floyd Family speaking in the background. #richmond #GeorgeFloyd pic.twitter.com/0uFK7ePsAc

"The hologram will allow my brother's face to be seen as a symbol for change in places where change is needed most," George Floyd's brother Rodney Floyd said, as quoted in a tweet by Change.org.

Accompanying the dazzling visual, onlookers will be able to hear the voices of the Floyd family in the background.