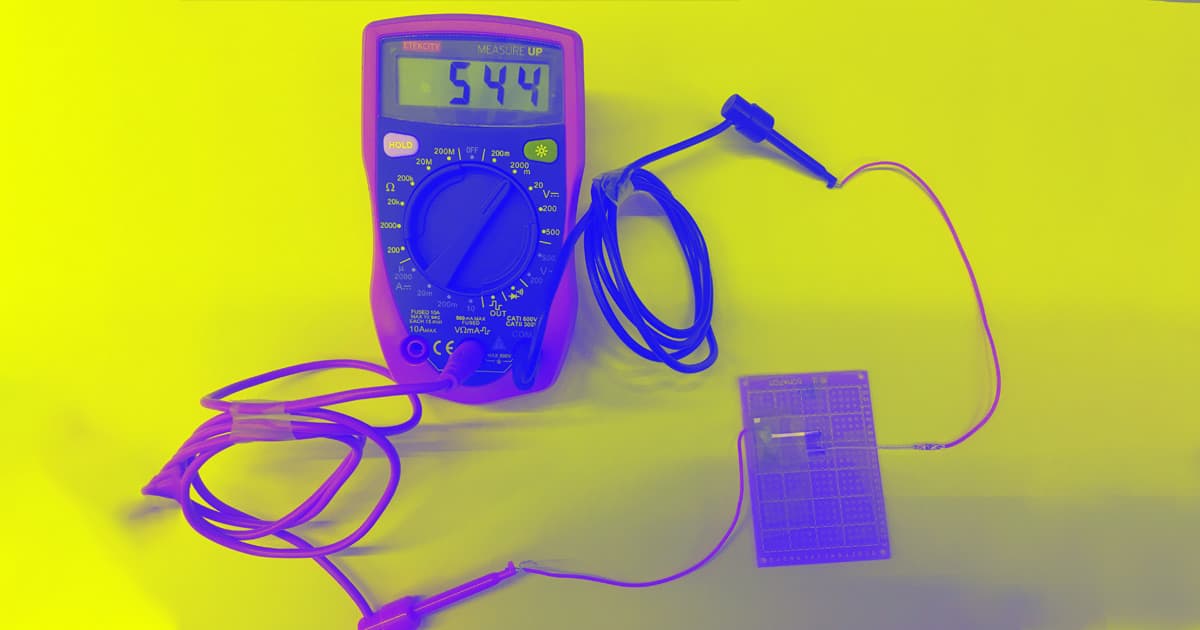 "We are literally making electricity out of thin air. The Air-gen generates clean energy 24/7."

"We are literally making electricity out of thin air. The Air-gen generates clean energy 24/7."

A team of scientists at the University of Massachusetts Amherst have come up with a clever device they dubbed the "air-gen," which can generate electricity from moisture found in air. According to the team, their discovery could revolutionize green energy by offering some key advantages over other renewable source including sun or wind energy.

"We are literally making electricity out of thin air," electrical engineer Jun Yao, co-author of the paper appearing in the journal Nature today, said in a statement. "The Air-gen generates clean energy 24/7."

The scientists suspect the charge is caused by protons diffusing along the nanowires, as noted in their paper.

"A maintained moisture gradient, which is fundamentally different to anything seen in previous systems, explains the continuous voltage output from our nanowire device," they wrote.

But before scaling up their current design, the team is planning to develop small air-gen "patches" that can power wearable devices or smartphones.

"The ultimate goal is to make large-scale systems," Yao said in the statement. "For example, the technology might be incorporated into wall paint that could help power your home. Or, we may develop stand-alone air-powered generators that supply electricity off the grid."

More on renewable energy: This Team Wants to Capture Unlimited Energy From Inside the Earth

Report: Computers Will Use More Electricity Than We Can Generate By 2040
7. 29. 16
Read More
Scientists Find Way To Turn Electricity From Graphene To An Efficient Lighting Solution
6. 14. 16
Read More
This 15-Ton Computer Creates Clean Water, Electricity, and Internet Access
4. 19. 16
Read More
+Social+Newsletter
TopicsAbout UsContact Us
Copyright ©, Camden Media Inc All Rights Reserved. See our User Agreement, Privacy Policy and Data Use Policy. The material on this site may not be reproduced, distributed, transmitted, cached or otherwise used, except with prior written permission of Futurism. Fonts by Typekit and Monotype.