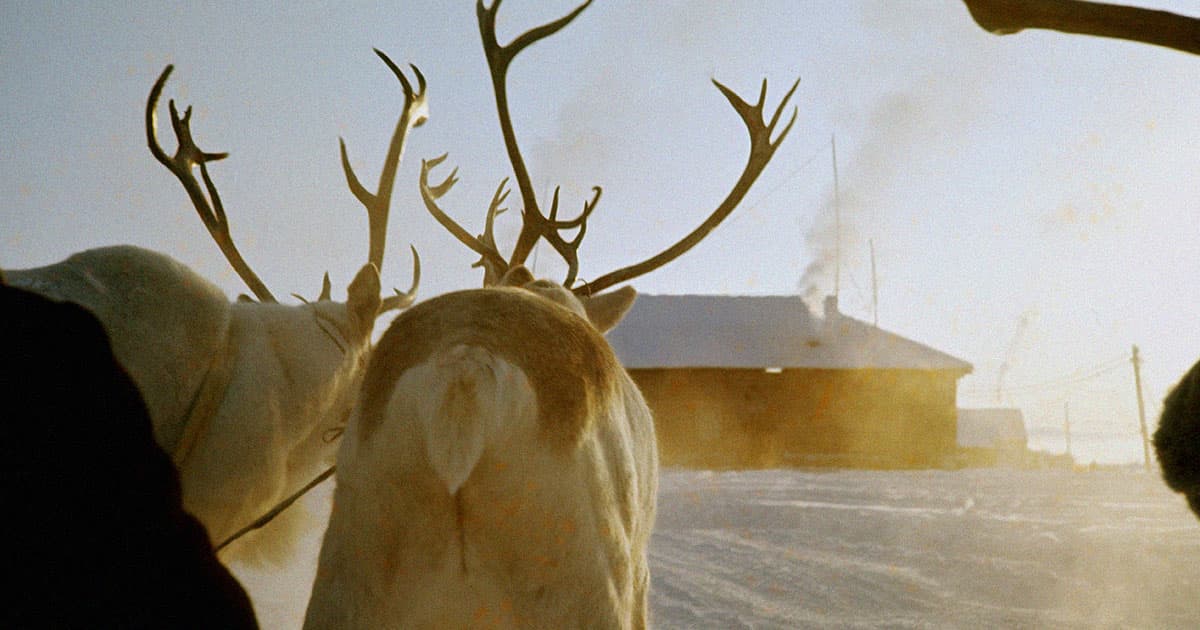 "How many carrots per mile does that model get?"

"How many carrots per mile does that model get?"

One woman in Lapland, the frozen northernmost region in Finland, went viral after posting a video of her reindeer-powered sled. Janita Kenttälä said on Tik Tok she was traveling to the supermarket the old school way because it's more eco-friendly and because gas prices are so high.

"When they priced the gasoline 2e/liter and you live in Lapland with long distance everywhere," Kenttälä captioned the video, which has more than 600,000 likes and 4,700 comments.

In the clip Kenttälä wears a traditional Luuhka, a cold-weather cape sometimes worn by indigenous Sámi people of Finland. In the vid, her 3-year-old reindeer Solina pulls the sled along a beautiful snowy landscape, weaving a path between trees, his antlers protruding above a furry coat and white tail.

"How many carrots per mile does that model get?" one commenter quipped.

According to one tracker, Finland's gasoline cost as much as $8.00 USD per gallon as of early January 2022. If, as Kenttälä says, many residents must travel long distances to even get to a grocery stores, it's easy to see why such an eco-friendly alternative would be preferable. With oceans hotter than ever before, reducing emissions must be a top priority, and Kenttälä's team could teach us a thing or two.

Kenttälä, president and COO of the Lapland tour company Eanan, says on her site that she's always looking for ways to make her operation more efficient and eco-friendly because "nature is everything" to her. The team uses reindeer and husky sled dogs for their tours.

In other words, don't fix it if it ain't broke. The Sámi people have survived in a harsh winter wilderness longer than any car company has existed, so we figure they're the experts in effective, eco-friendly transport.

More on advanced transport: Self-driving Car Has Giant Airbag For When It Accidentally Plows Into Pedestrians