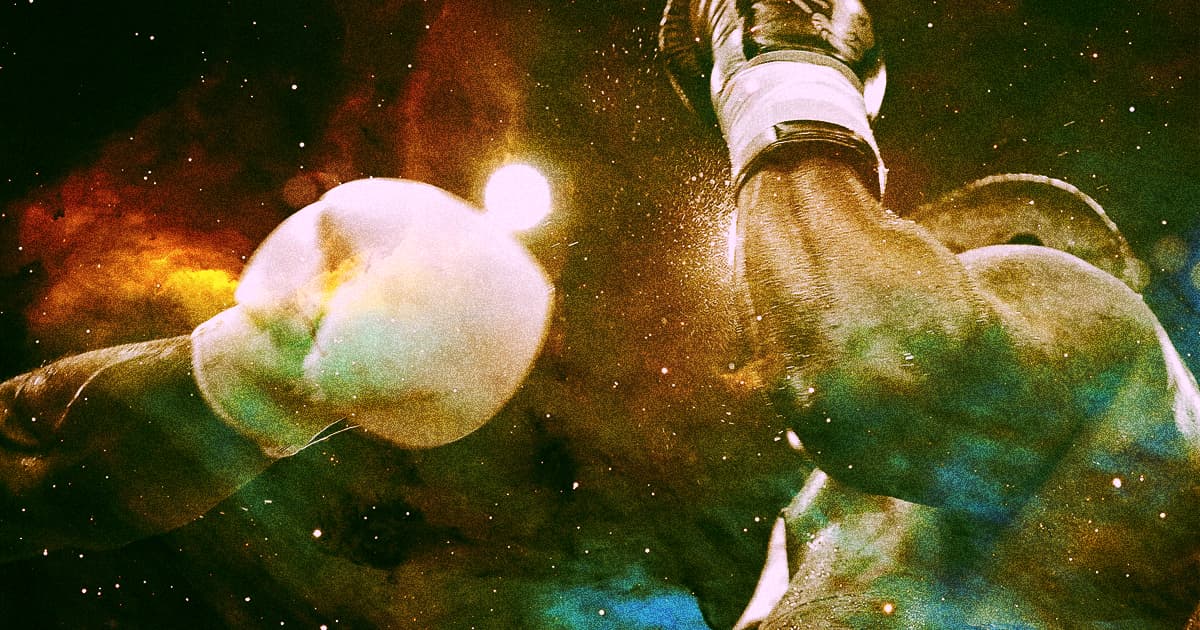 "The sheer spectacle of combat in a zero-gravity environment will make for a 'can't miss' viewing experience."

"The sheer spectacle of combat in a zero-gravity environment will make for a 'can't miss' viewing experience."

Making incredible use of recent advances in space travel technology, the production company Iervolino Entertainment and the startup Space 11 just announced the creation of "Galactic Combat," a new format of mixed martial arts fights that will take place in space with zero gravity.

Despite sounding unbelievably metal, it's a bizarre plan with questionable odds of success. As Space News senior writer Jeff Foust highlighted on Twitter, Galactic Combat will take place on a specially designed spacecraft with a built-in "fighting capsule" as it orbits the planet every 90 minutes.

Most of the competition seems to be focused on training for fights more than it is on the fights themselves. The announcement explains that 32 of the 40 competitors would be eliminated over the course of a training program that uses components of astronaut training regimens to prepare fighters for battle in zero-g.

Those final eight will duke it out for a spot in the grand finale, which will supposedly take place in the specially designed fighting spacecraft.

"The sheer spectacle of combat in a zero-gravity environment will make for a 'can't miss' viewing experience that will be truly groundbreaking, and represents what Space 11 is designed to deliver to audiences eager to see limits pushed," creator Andrea Iervolino said in the announcement. "A format that requires the most unique training and delivers the most exciting new sports competition will serve fans well."

"And of course we are fully [committed] to the tested technologies and scientific data that we know will provide the safest experience throughout the process," he added.

More on space fights: Experts: This Is What Actual Space Battles Will Be Like