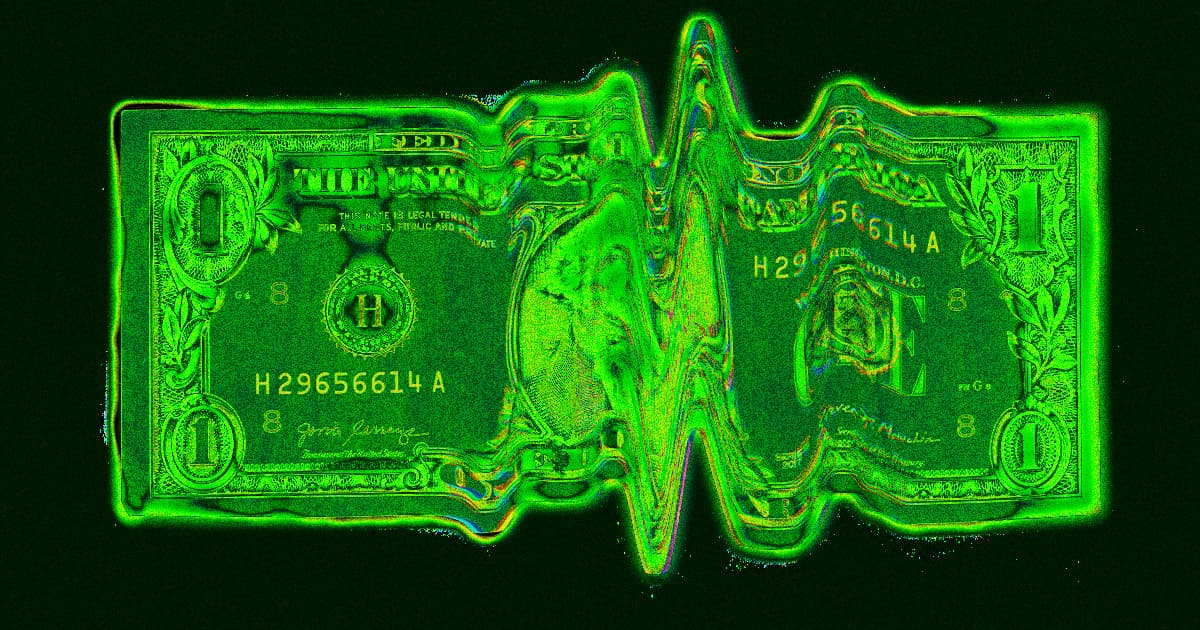 Zelle Me About It

Bank of America and the Zelle money exchange app apparently goofed and misplaced a bunch of peoples' funds yesterday.

As numerous social media accounts and local news reports have attested, folks were understandably irate on Wednesday when they discovered that some of their hard earned greenbacks were missing — and all the more so when they learned that other people were experiencing the same problem.

"So cool how [BofA] magically disappeared a large Zelle transaction that HAD ALREADY POSTED and I had used to pay bills," one user tweeted. "Now I’m extremely in debt in my checking and I can’t get ahold of them. Unbelievable."

In statements to the press on Wednesday evening, Bank of America acknowledged the error, admitting that there had been "a delay in posting Zelle transactions" and claiming that it had been "resolved."

A Zelle customer support account implied that the problem was on BofA's end.

"We are aware of an issue that is impacting Bank Of America customers when sending & receiving payments," the Zelle Support account tweeted in response to a user who said their payment had not been posted. "We recommend contacting Bank of America's customer support team for additional updates."

While the issue was apparently fixed by morning, critics are rightfully pointing out that it's indicative of a larger problem, with some pointing out that the large bank has a history of repeatedly fumbling its customers' funds.

Most recently, the bank was met with a $225 million fine from the Consumer Finance Protection Bureau after it royally "botched" the disbursement of unemployment money during the height of the COVID-19 pandemic when it scandalously flagged numerous customers' benefit payments, froze their accounts, and refused to unfreeze them, leaving those customers high and dry when they needed that money the most.

Sen. Elizabeth Warren, the onetime presidential candidate who helped found the CFPB during the Obama administration, called out both companies amid social media reports of the strange outage.

It's a horrible look for the companies and apps we entrust with our money to lose it, even temporarily — but it's also a reminder that we don't have as much control over our funds as we think we do.

Nothing's Real Anymore
JPMorgan Says Startup Tricked It Into an Acquisition by Cooking Up Millions of Fake Users
Jan 15
Read More
Brands We Love
This Real Estate Platform Lets Investors Save Time and Money Like Never Before
8. 19. 21
Read More
Brands We Love
This Real Estate Investing Platform Is Democratizing the Way We Build Wealth
2. 9. 21
Read More
+Social+Newsletter
TopicsAbout UsContact Us
Copyright ©, Camden Media Inc All Rights Reserved. See our User Agreement, Privacy Policy and Data Use Policy. The material on this site may not be reproduced, distributed, transmitted, cached or otherwise used, except with prior written permission of Futurism. Articles may contain affiliate links which enable us to share in the revenue of any purchases made.
Fonts by Typekit and Monotype.