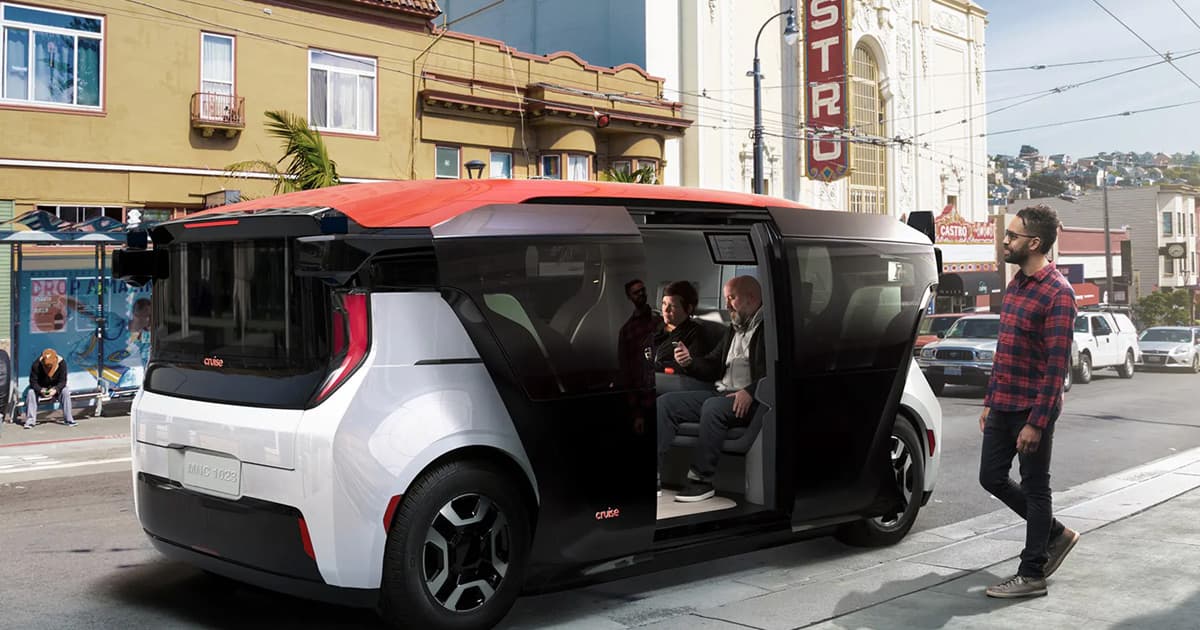 This Functioning Driverless Car Has No Driver's Seat

It's essentially a waiting room on wheels.

It's essentially a waiting room on wheels.

Self-driving company Cruise, a Honda-backed General Motors subsidiary, has unveiled an SUV-sized vehicle called "Origin" that's been designed from the ground up to never have a driver, The Verge reports.

"We built this car around the idea of not having a driver and specifically being used in a ride-share fleet," Cruise co-founder Kyle Vogt told The Verge.

Instead of the usual setup of a driver's seat with pedals and steering wheel, the Origin is just one large cabin. Two rows of two seats each face each other — allowing for a luxurious amount of legroom in the center.

By making each component — everything from the interior to the computer and sensors — completely replaceable, the company is hoping to drive "the cost per mile down way lower than you could ever reach if you took a regular car and tried to retrofit it," Vogt told The Verge.

More on driverless cars: Waymo Is Taking the Safety Drivers out of Its Autonomous Taxis