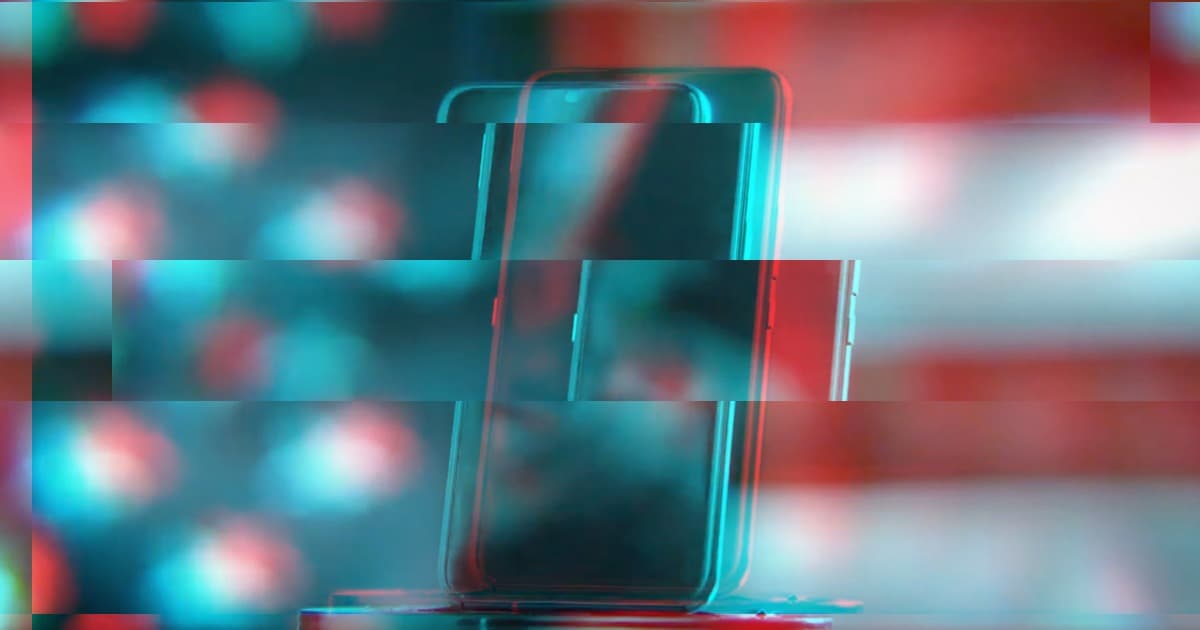 It’s potentially a big security risk for users too.

It’s potentially a big security risk for users too.

The "Freedom Phone" — a cell phone marketed towards MAGA conservatives — was unveiled on Thursday and promises to be a secure alternative to Android or Apple.

The device is the brainchild of Erik Finman, a 22-year-old and self-proclaimed world’s youngest crypto-millionaire, who said the phone does "everything your current phone does, except censor you or spy on you" in a video announcing the launch. Customers can purchase the pro-Trump Freedom Phone for the price of $499.99, according to Gizmodo.

This is the first major pushback on the Big Tech companies that attacked us - for just thinking different.

Complete with it's own Uncensorable App Store & Privacy Features.

The phone has already been promoted by big names in the alt-right community such as Roger Stone, Dinesh D’Souza, and Candace Owens. However, specific details on how the device will fight for free speech against Big Tech censorship are a bit murky to say the least.

The Freedom Phone ostensibly runs on its own operating system called "FreedomOS," according to its website. It also boasts an "uncensorable app store" that won’t ban any apps from its platform (no matter how much they promote racist, violent, and bigoted ideologies). The phone will also come pre-loaded with all the apps a MAGA-fan might want including DuckDuckGo, Signal, Parler, Rumble, and Newsmax.

All that might make the Freedom Phone seem too good to be true for MAGA fans… and that’s because it probably is.

In fact, there are enough red flags to fill a Soviet parade with the device. For example, the website is woefully lacking in specs for the phone. Instead, it’s filled with platitudes about being anti-censorship and pro-privacy, and doesn’t get specific about the phone’s OS, RAM, CPU, storage, or any actual technical information about the device.

Experts also believe that the phone is actually a very cheap Android device made in China. That makes it vulnerable to a ton of different threats around its supply chain.

"Based on photographs from the company website a number of Internet sleuths identified that the device has the same form-factor, shape, and appearance of a Umidigi A9 Pro," said Matthew Hickey, a professional hacker and co-founder of Hacker House, to Gizmodo. "This device is a drop-shipped customizable Android-based phone that can be ordered from the ASIAPAC region and customized to a project’s requirements."

Currently, you can get the A9 Pro for as low as $119 on AliExpress — a fraction of the Freedom Phones $499 markup.

Finman confirmed to The Daily Beast that the Freedom Phone was indeed manufactured by Umidigi. However, he claims that the phone will be made in Hong Kong — and not China.

"Nothing’s manufactured itself in mainland China," he said to The Daily Beast.

Umidigi’s headquarters is actually located in Shenzhen, China near Hong Kong, according to their website.

Privacy and security should be top-of-mind considerations when it comes to choosing a new phone. That said, the Freedom Phone poses a number of potential security risks for its users. It's also very likely a rebranded version of a cheap Chinese-made phone. All that combined, the Freedom Phone seems to be less of a Big Tech killer and more of a marked up attempt to cash in on the culture war.

READ MORE: MAGA-Branded 'Freedom Phone' Is a Black Box That Should Be Avoided at All Costs [Gizmodo]

Child Labor
Families Sue Tech Giants for Deaths of Children in Cobalt Mines
12. 16. 19
Read More
Keeping Score
Report: America Has a Social Credit System Much Like China's
8. 27. 19
Read More
Break 'em Up
Facebook Co-Founder: "It's Time to Break Up Facebook"
5. 9. 19
Read More
+Social+Newsletter
TopicsAbout UsContact Us
Copyright ©, Camden Media Inc All Rights Reserved. See our User Agreement, Privacy Policy and Data Use Policy. The material on this site may not be reproduced, distributed, transmitted, cached or otherwise used, except with prior written permission of Futurism. Fonts by Typekit and Monotype.