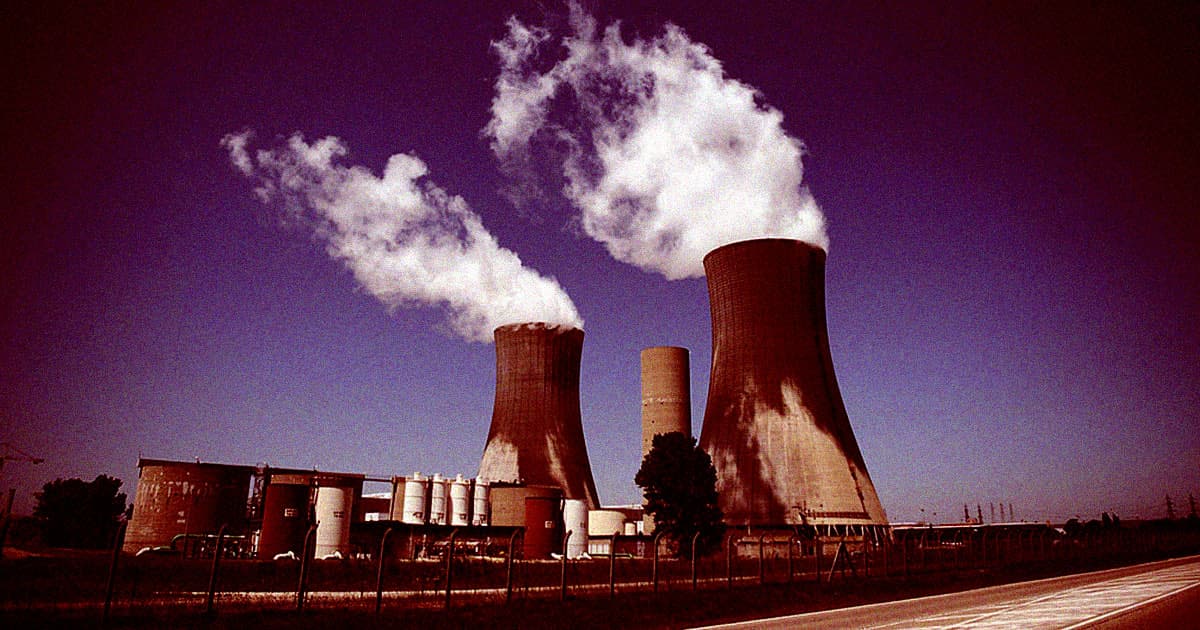 And the timing couldn't be worse.

And the timing couldn't be worse.

The Wall Street Journal reports that dozens of France's nuclear reactors — which, amid Russia's devastating stranglehold on the continent's natural gas supply, are essential to the nation's energy security — remain offline following a series of troubling outages believed to be caused by stress-induced pipe corrosion. Fixes are reportedly taking longer than anticipated, but for a struggling continent on the brink of winter, those fixes can't come quickly enough.

"It's important that this work restarts as soon as possible," Emmanuelle Wargon, head of France's energy regulator, told the WSJ. "If not, the risk of not having electricity rises."

The nuclear fleet in question, owned by the energy provider EDF, is comprised of 56 reactors, of which 26 are currently out for the count.

According to the WSJ, the pipe problems trace back to late last year, when a crack was discovered in a high-pressure pipe close to the reactor's core at the nation's youngest nuclear plant. Other plants, which then launched their own investigations, discovered their own stress corrosion issues shortly thereafter.

"It is only possible to identify [stress corrosion's] presence once cracking has begun," read a note from France's Institute for Radioprotection and Nuclear Safety, the WSJ reports. "Regular inspections of the pipes can only identify the phenomenon once a fault is present."

Importantly, these aren't simple fixes. Because the majority of the cracks are so close to the reactor core, radioactivity is a very real threat for technicians, whose exposure has to be limited.

And given how complicated the repairs are, French power experts are reportedly quite pessimistic about the EDF's ability to get their reactors back online for the winter, especially given that, per the WSJ's sources, the timelines for several reactor fixes have already been pushed back by at least six weeks.

These outages are clearly terrible for France, but they're just as bad for the rest of Europe, too.

Natural gas prices have skyrocketed as a result of the Russian invasion of Ukraine, which sparred a barrage of Western sanctions and Russia's subsequent retaliation by way of natural gas restriction. Nations are asking a lot of their citizens, and the continent needs any ounce of energy that it can scavenge to at least somewhat comfortably — let alone safely — get through the winter.

More on Europe's energy crisis: Europe's Energy Crisis Is so Bad It May Have to Idle Cern's Large Hadron Collider