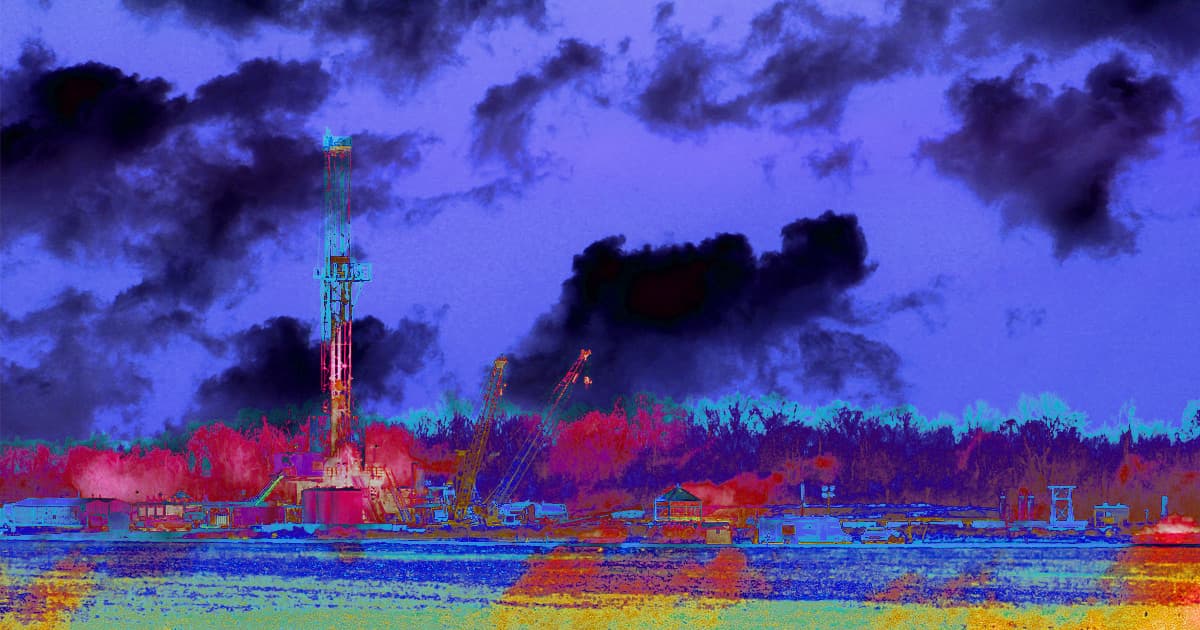 "If you asked me to go and live downwind [of fracking sites], I would not go."

"If you asked me to go and live downwind [of fracking sites], I would not go."

Aside from the myriad other ways it destroys the environment, it turns out that fracking also releases radioactive particles in the air that could poison nearby towns.

New research shows that these radioactive particles can be released from underground and carried great distances by the wind, The Guardian reports. It's troubling news, and the Harvard researchers behind the study warn that it could pose an unreported health risk for people living in the area.

Radioactive particles were vastly more prevalent in areas downwind of fracking sites, according to research published Tuesday in the journal Nature Communications that examined public data surrounding 120,000 U.S. fracking sites. Even 20 km (12.4 miles) away, which was as close to any fracking sites as the public data got, radioactivity was 40 percent higher than background levels.

"If you asked me to go and live downwind [of fracking sites], I would not go," lead author and Harvard environmental health researcher Petros Koutrakis told The Guardian. "People should not go crazy, but I think it's a significant risk that needs to be addressed."

The study adds airborne radiation to the end of a long list of health and environmental hazards caused by fracking — including waterborne radiation — which neither U.S. presidential candidate seems to have any interest in stopping.

"We shouldn't ask how airborne radioactive risk from fracking compares to the waterborne risk," Marco Kaltofen, a scientist from the Worcester Polytechnic Institute who didn't work on the study, told The Guardian. "We should ask if it's a good idea to add radioactive particulates to either air or water. This study suggests that the answer is no."

More on fracking: Fracking Is Among the Most Harmful Forms of Energy Production, Study Finds