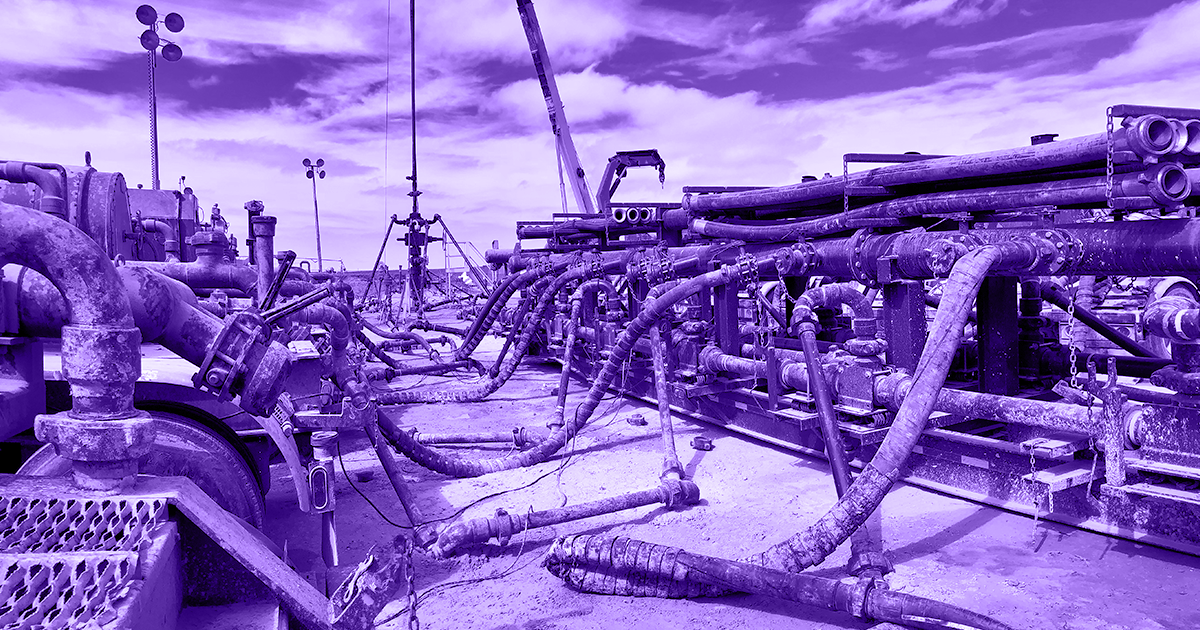 Fracking With CO2 Instead of Water Is Greener, Say Researchers

It could get fossil fuels out of the Earth, and trap carbon dioxide in it.

It could get fossil fuels out of the Earth, and trap carbon dioxide in it.

Fracking is a process used to remove gas and oil from shale rock. It involves pumping a highly pressurized liquid, typically water mixed with sand and chemicals, into the rock formation to open up cracks through which the gas or oil can then be extracted.

The controversial practice is considered one of the most damaging forms of energy production. But now, Chinese researchers say they've found a counter-intuitive way to make it more eco-friendly: replace the water with atmosphere-polluting carbon dioxide.

In a study published Thursday in the journal Joule, the researchers describe how they tested liquid CO2 as a fracking fluid on shale in the lab and found it created cracks with much higher volumes than those made by water.

Their lab results were confirmed by field tests using five oil wells in north-east China, which showed that using CO2 over water resulted in 4 to 20 times more oil extraction.

Typically, 30 to 50 percent of the fracking fluid remains in the shale after the resource extraction, meaning that replacing water with CO2 could effectively store the atmosphere-destroying gas.

Still, even the researchers admit their study of CO2 for fracking is in the very earliest stages.

"We chose CO2 fracturing from a range of options because the process includes multiple benefits," researcher Nannan Sun said in a press release. "However, we were still lacking a fundamental understanding of the technology, which is greatly important for its further development and deployment."

More on fracking: Fracking Is Among the Most Harmful Forms of Energy Production, Study Finds

Fusion Force
China Announces Plan for Hybrid Fission-Fusion Power Facility
9. 17. 22
Read More
Dam Straight
China Says It's 3D Printing a 590-Foot Hydroelectric Dam With Zero Human Labor
5. 11. 22
Read More
Weird Times
White House Brags That America Is Producing More Oil and Gas Than Ever
3. 7. 22
Read More
+Social+Newsletter
TopicsAbout UsContact Us
Copyright ©, Camden Media Inc All Rights Reserved. See our User Agreement, Privacy Policy and Data Use Policy. The material on this site may not be reproduced, distributed, transmitted, cached or otherwise used, except with prior written permission of Futurism. Articles may contain affiliate links which enable us to share in the revenue of any purchases made.
Fonts by Typekit and Monotype.