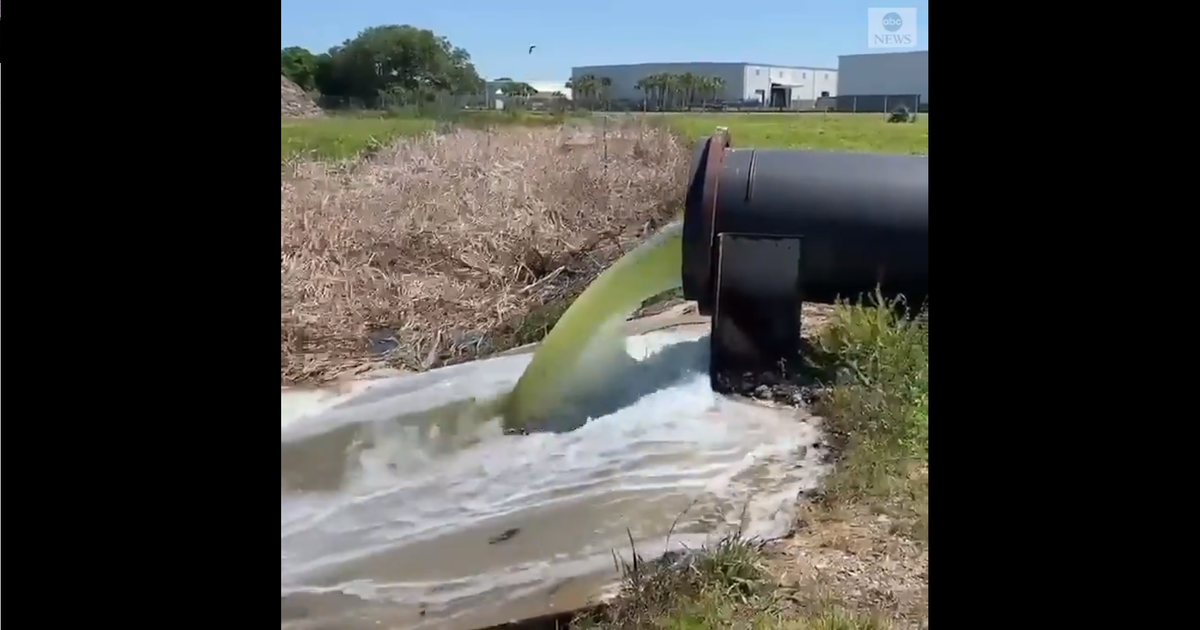 600 million gallons of polluted water might soon flood a massive stretch of the state.

600 million gallons of polluted water might soon flood a massive stretch of the state.

Florida has declared a state of emergency in Manatee County after officials announced a wastewater pond containing radioactive material is at risk of collapsing.

Governor Ron DeSantis issued the state of emergency for the region on Saturday, according to CBS News. Officials at the Manatee County Public Safety Department declared a mandatory evacuation notice for the area "due to the imminent uncontrolled release of wastewater."

.@MCGPublicSafety just sent out an emergency evacuation notice to any persons in the half-mile radius of Piney Point. The evacuation notice was issued due to the imminent uncontrolled release of wastewater at Buckeye Road and Bud Rohden Road. pic.twitter.com/qqFuMVNFlv

The wastewater originated from the former Piney Point phosphate processing plant where a reservoir containing stacks of phosphogypsum — radioactive waste created by processing phosphate ore into fertilizer — experienced a leak.

"A portion of the containment wall at the leak site shifted laterally signifying that structural collapse could occur at any time," said Manatee Director of Public Safety Jake Saur to CBS News.

Officials fear the leak could potentially flood the area with radioactive wastewater and have begun the process of releasing 22,000 gallons of water a minute out of a retention pond to alleviate the stress on the containment site.

"We are talking about the potential of about 600 million gallons within a matter of seconds and minutes leaving that retention pool and going around the surrounding area," said Manatee County Administrator Scott Hopes in a press conference.

Florida Gov. Ron DeSantis has declared a state of emergency after a significant leak at a storage pond of wastewater threatened to cause flooding and collapse a system with radioactive material. https://t.co/nxNebfinYZ pic.twitter.com/gNaSDCWMQL

This isn’t the first time the property experienced a leak. In a letter penned to DeSantis on Saturday, Florida Commissioner of Agriculture Nikki Fried lambasted the dangerous mining practices that allowed this disaster to occur.

"For more than fifty years, this Central Florida mining operation has caused numerous human health and environmental disasters and incidents," Fried wrote in her letter. "There have been numerous, well-documented failures — which continue today — of the property's reservoir liner, including leaks, poor welds, holes, cracks and weaknesses that existed prior to purchase by the current owner, HRK Holdings, and exacerbated since."

I have requested that @GovRonDeSantis convene an emergency meeting of the Florida Cabinet for a briefing by @FLDEPNews Secretary @NoahValenstein on the imminent #PineyPoint disaster.

🚨 If you are in the area, follow directions from local officials and evacuate NOW if ordered. pic.twitter.com/3UUz4VikO5

If and when the containment reservoir breaks completely, it could lead to a generational destruction of the surrounding region. It’s a tough pill to swallow — but state officials need to wield a firmer hand when it comes to regulating, you know, radioactive wastewater that’s upstream from an entire county of people.

READ MORE: Florida county under state of emergency as reservoir with millions of gallons of "contaminated, radioactive wastewater" could collapse "at any time" [CBS News]

Wading Pool
One Day of Greenland's Ice Melt Could Submerge Florida
7. 30. 21
Read More
Researchers Are Working to Remove Anxiety Drugs From Water
2. 22. 18
Read More
This U.S. City Now Requires Solar Panels on all New Homes
7. 21. 17
Read More
+Social+Newsletter
TopicsAbout UsContact Us
Copyright ©, Camden Media Inc All Rights Reserved. See our User Agreement, Privacy Policy and Data Use Policy. The material on this site may not be reproduced, distributed, transmitted, cached or otherwise used, except with prior written permission of Futurism. Articles may contain affiliate links which enable us to share in the revenue of any purchases made.
Fonts by Typekit and Monotype.