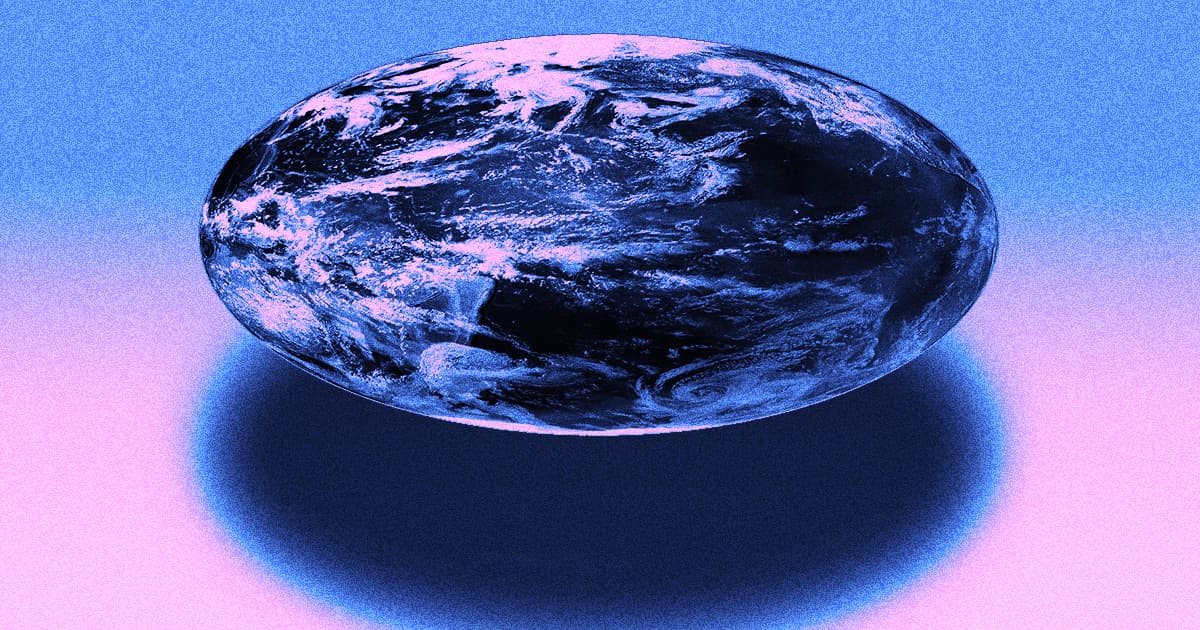 And they can't even spell their memes right!

And they can't even spell their memes right!

The Flat Earthers have struck again — and this time, they're confused as to why people and cities don't plummet into space when they're on the planet's "bottom."

In spite of, millennia of established science, national news outlets like USA Today are still forced to debunk these kinds of outlandish claims, often spread via misspelled Facebook memes like the viral one below, which suggests that it is "scientifically impossiball [sic]" for the island of Manhattan to be hanging "upside down" without falling into space.

As the idiotic meme claims, Earth can't really be a globe because that would mean that some parts of the world are upside-down and at risk of falling off.

Of course, as USA Today emphasized as it sought to debunk this "wrongheaded" meme and the junk science behind it, there's no true "up" or "down" in space — and furthermore, we don't experience the sensation of being "upside down" because Earth's substantial gravity pulls everything towards the planet's center, creating the sensation of being upright on a flat surface that's actually just a very large sphere.

"Near Earth — or any other planet or star — 'true up' is always the direction opposite the gravitational force," North Carolina State University physics professor David Brown told the newspaper. "That is, 'true down' is always toward the center of Earth."

If the planet were indeed a flat surface the way Flat Earthers claim, there would still be a gravitational pull towards the center of said disk, the physicist pointed out — meaning anyone at the purported "edge" would fall sideways.

"This is," Brown continued with apparent exhaustion, "one of very many ways we know Earth is not flat."

Depressingly, though, given that they're willing to ignore the copious evidence that Earth is round, Flat Earthers are probably willing to overlook gravity anyway.