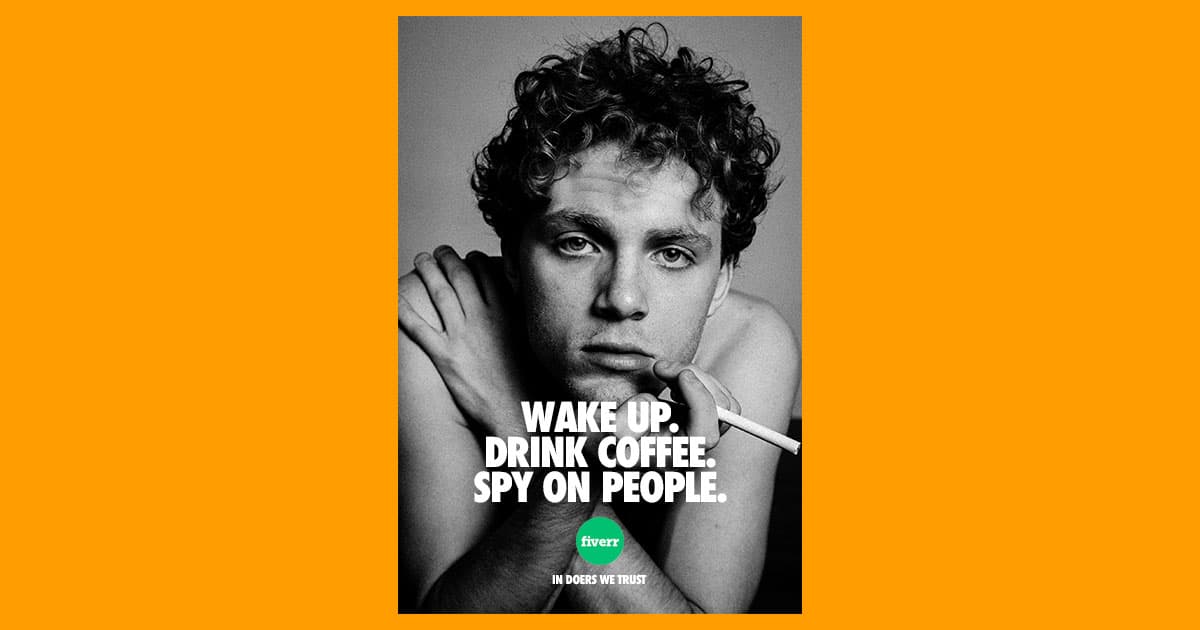 People Used Fiverr to Spy on Their Spouses

The freelancer job board was also home to unlicensed private eyes.

The freelancer job board was also home to unlicensed private eyes.

Fiverr, the freelancer's job board known for quick, cheap gigs and terrible subway ads, had a bit of a stalker problem.

People have been using the site to offer and commission spies, covert surveillance setups, and even unlicensed private investigators, Motherboard reports — suggesting that the internet's content moderation problem is increasingly growing beyond YouTube and Facebook, to other platforms and sometimes the offline world.

"I have undetectable spyware to monitor your cheating spouse, staffs [sic] and kids gadgets," read one listing found by Motherboard, which offered a keystroke recorder for five dollars and password-stealing malware for $400.

While Fiverr told Motherboard about various ways it looks for inappropriate job listings, none of the illegal or otherwise unsettling gigs Motherboard pointed out had previously been flagged by the company.

More on freelancing: SF Is so Expensive That People Are Using Parking Spots as Offices

Going Wireless
Hackers Took Over a Subdomain of Wired.com for Several Months and Replaced It With Sleazy Online Casino Content
Jan 25
Read More
Break Out in Hives
Twitter Competitor Shuts Down App When It Turns Out Hackers Can Read Users' Private Messages
12. 1. 22
Read More
Senator Says There's a Secret Program Spying on Americans' Money Transfers
3. 8. 22
Read More
+Social+Newsletter
TopicsAbout UsContact Us
Copyright ©, Camden Media Inc All Rights Reserved. See our User Agreement, Privacy Policy and Data Use Policy. The material on this site may not be reproduced, distributed, transmitted, cached or otherwise used, except with prior written permission of Futurism. Articles may contain affiliate links which enable us to share in the revenue of any purchases made.
Fonts by Typekit and Monotype.