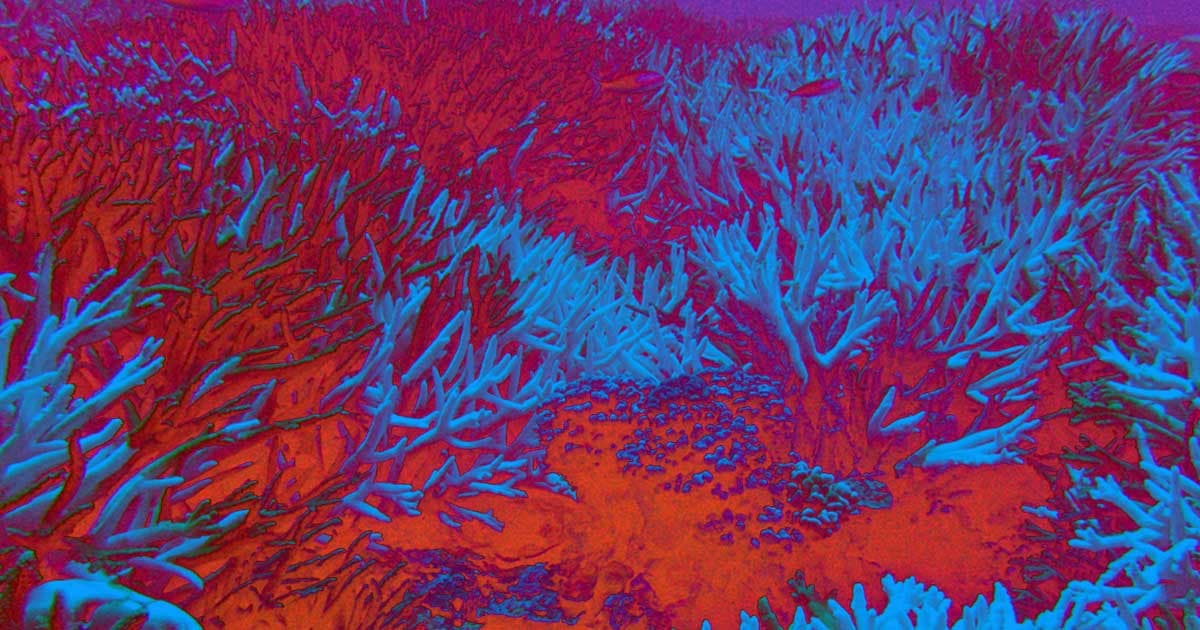 "Boosting fish populations in this way could help to kick-start natural recovery processes..."

"Boosting fish populations in this way could help to kick-start natural recovery processes..."

An international team of researchers has found a clever way to draw fish to dying coral reefs — a discovery that could help restore the vulnerable ecosystems.

For their six-week study, recently published in the journal Nature Communications, scientists from Australia and the United Kingdom used dead coral to build 33 experimental reef patches near the Great Barrier Reef.

For 40 nights, they played the sounds of a healthy reef from underwater loudspeakers positioned near some of the reef patches. To serve as controls, other patches were equipped with dummy speakers or no speakers at all.

By the end of the study, the researchers found that the "acoustically enriched" reefs attracted twice as many juvenile fish as the other experimental patches — and that the fish tended to stick around, too.

While we won't be able restore dying reefs with loudspeakers alone, researcher Tim Gordon of the University of Exeter believes the team's study could contribute to solving the problem.

"Fish are crucial for coral reefs to function as healthy ecosystems," he said in a press release. "Boosting fish populations in this way could help to kick-start natural recovery processes, counteracting the damage we’re seeing on many coral reefs around the world."

More on coral reefs: Undersea Robots Are Helping Save the Great Barrier Reef

Trout Addicts
New Research: There's Enough Meth in Some Rivers to Get Fish Addicted
7. 7. 21
Read More
Save the Corals
Scientists Grow Coral in Lab, in Glimmer of Hope for Dying Reefs
4. 28. 21
Read More
So Dark
Scientists Discover "Vantablack" Deep-Sea Creatures
7. 17. 20
Read More
+Social+Newsletter
TopicsAbout UsContact Us
Copyright ©, Camden Media Inc All Rights Reserved. See our User Agreement, Privacy Policy and Data Use Policy. The material on this site may not be reproduced, distributed, transmitted, cached or otherwise used, except with prior written permission of Futurism. Fonts by Typekit and Monotype.