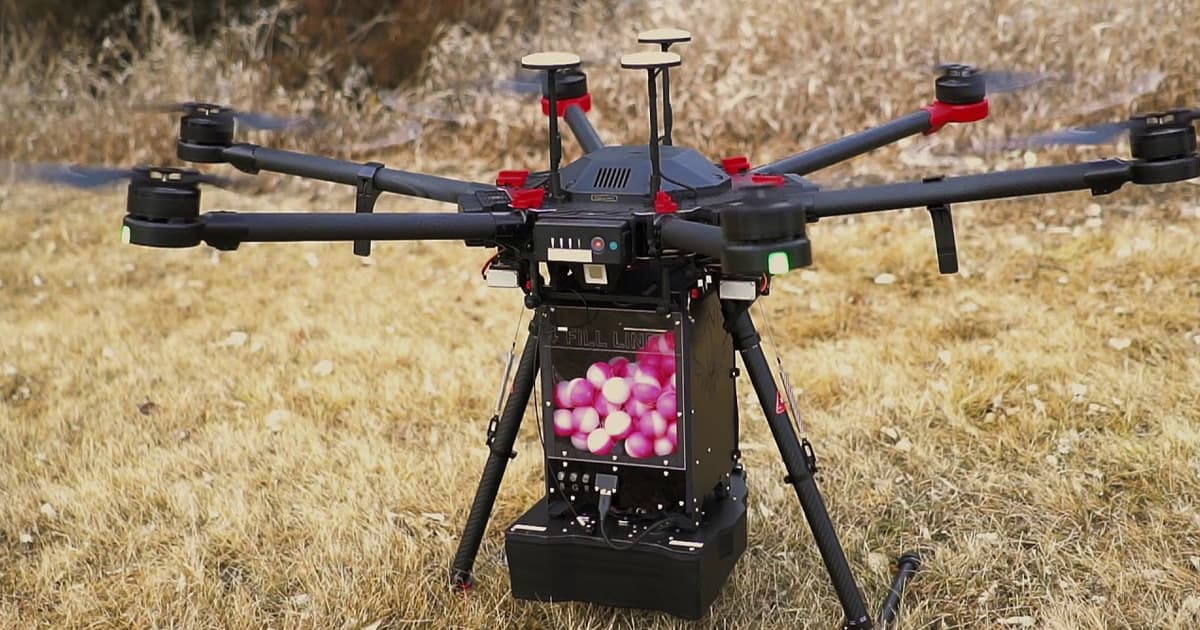 Firefighters across the West Coast are dropping special fireballs from drones to keep an unusually severe wildfire season under control, National Geographic reports.

The ping pong ball-sized incendiaries, called “Dragon Eggs,” explode when they hit the ground and start small fires known as backfires. While that may sound counterintuitive, the goal is to remove any possible fuel sources for larger fires that are spreading nearby.

“A bonus is you can do nighttime ops and work in smoky conditions, because if a drone crashes, no one dies,” Simon Weibel, a firefighter who works for a company called Drone Amplified, told the magazine.

A single drone can release about 450 incendiary devices in a matter of minutes, according to NateGeo, and about 30 pilots are flying around two dozen drones across the Western states this season, which is twice as many as last year.

Fires this year are far bigger and more difficult to get under control than previous years, with demand for drones skyrocketing.

“We’re getting a significant increase in requests this year,” Joe Suarez, a drone specialist with the National Park Service, told NatGeo. “We don’t have the pilots or aircraft to meet the needs now.”

Apart from drones, firefighters have also resorted to using smoke-penetrating thermal-imaging cameras to track the movement of fires, and wearing high-tech flame-resistant clothing.

California has also been flying dozens of aircraft over the fires, releasing water and fire retardant. NatGeo reports that the newest addition to the fleet, the Cal Fire Firehawk, can drop 1,000 gallons, three times as much water as older helicopters, and then refill its tanks with a snorkel at a nearby body of water.