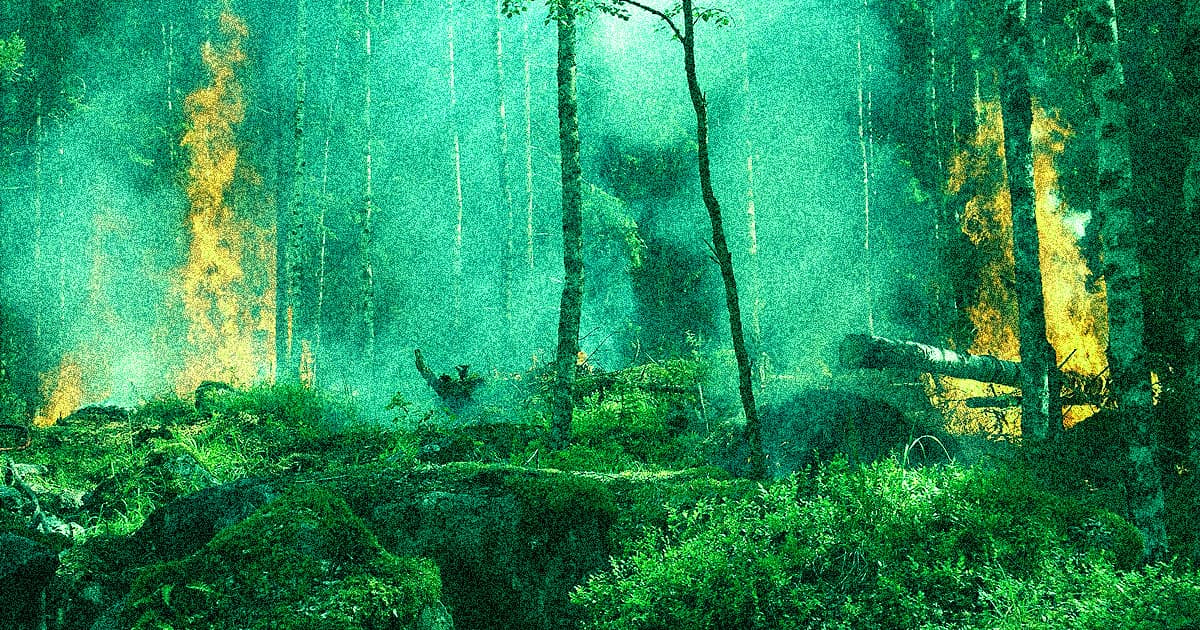 "There is bad news — in the center of the fire, radiation is above normal," wrote Egor Firsov, the head of Ukraine's ecological inspection service, in a Facebook post. "As you can see in the video, the readings of the [Geiger counter] are 2.3, when the norm is 0.14. But this is only within the area of the fire outbreak."

Since Chernobyl's deadly 1986 meltdown, the area around the plant has remained uninhabited — allowing nature to take over the abandoned town.

Authorities say that a 27-year-old man has admitted that he set the fires "for fun," according to The Guardian.

Lil Dudes
Something Cool Is Happening to the Frogs at Chernobyl
10. 3. 22
Read More
Good Neighbors
German Government Says It May Keep Nuclear Plant Open After All
7. 31. 22
Read More
Back Online
Japan May Need Nine Nuclear Reactors Turned On to Get Through Winter
7. 14. 22
Read More
+Social+Newsletter
TopicsAbout UsContact Us
Copyright ©, Camden Media Inc All Rights Reserved. See our User Agreement, Privacy Policy and Data Use Policy. The material on this site may not be reproduced, distributed, transmitted, cached or otherwise used, except with prior written permission of Futurism. Articles may contain affiliate links which enable us to share in the revenue of any purchases made.
Fonts by Typekit and Monotype.