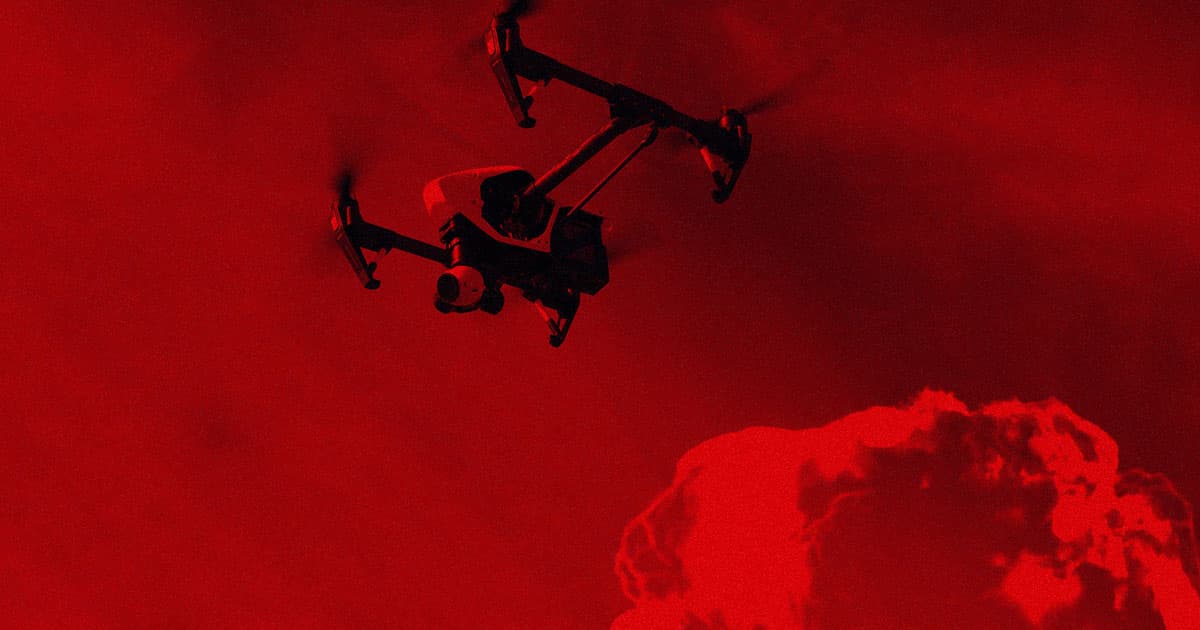 FBI Arrests Man For Bombing Ex's House With a Drone

A man named Jason Muzzicato is now in FBI custody after he allegedly used a drone to drop homemade bombs on the Pennsylvania home of his ex-girlfriend.

While he denies the specific allegation, law enforcement found seven explosives and even more guns in his home during the June 7 arrest, all of which were illegal for him to own due to previous domestic violence charges, according to Gizmodo. The story is a terrifying example of how emerging technologies, subject to ever-changing regulations, can readily be used for violence.

The FBI also found a number of switches and devices that could trigger the release or detonation of a bomb in Muzzicato's vehicle, Gizmodo reports. People in the area also reported mysterious explosions at around the time of Muzzicato's arrest — one man reported that a torrent of nails "suddenly dropped down from the sky."

While Muzzicato faces a potential 33 years in jail and a $760,000 fine, the increasing user-friendliness of drones raises the prospect that others could recreate his high-tech bombings.

"It does not take much imagination to conjure up the enormous harm that can result from the combination of illegal firearms, explosives, and drone aircrafts," U.S. Attorney William McSwain said in a Department of Justice press release.