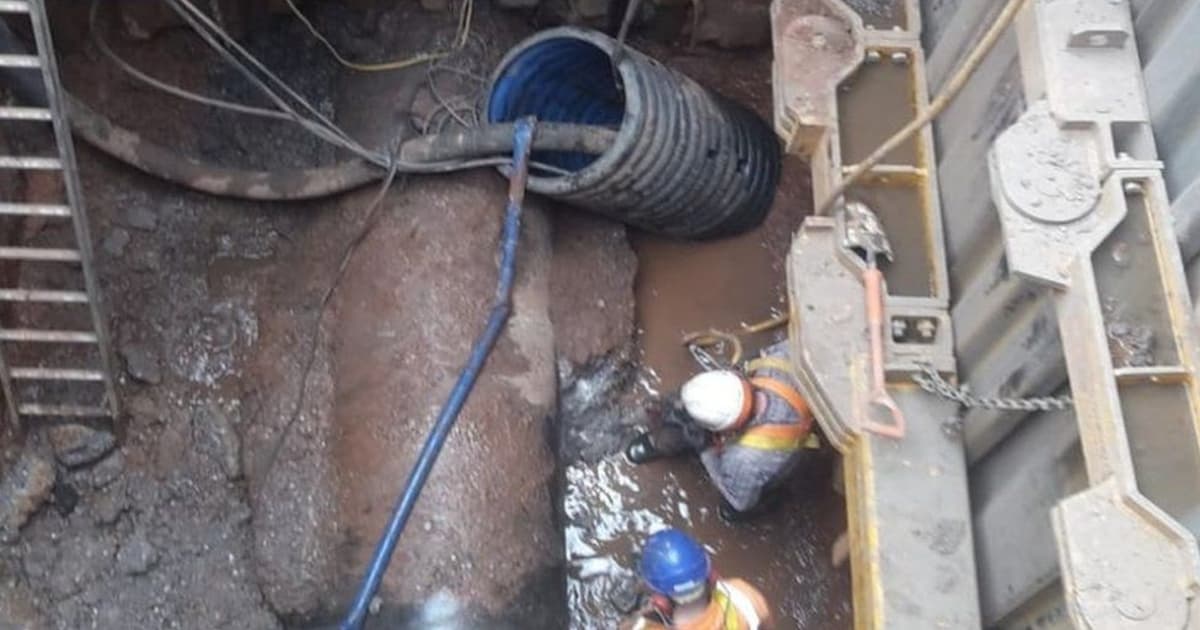 Officials say it’s going to take until June to clear it out.

Officials say it’s going to take until June to clear it out.

Get ready to be haunted by some truly disgusting intrusive thoughts because a city in England says that they’ve discovered a more than 300-ton "fatberg" that’s clogged the city’s sewers.

"Fatbergs" are large masses of solid waste that result from kitchen grease, wet wipes, and other personal hygiene products being flushed into the sewer. Like those alligators in New York City, once they get big enough, they can cause huge disruptions to sewer systems — as is currently the case in Birmingham.

Officials are trying to clear the mass from the city’s sewer system after they estimated it to be roughly 1,094 yards long and weighing in at a staggering 330 tons, according to CNN.

"It is a massive project and it is not resolved yet," said Scott Burgin, operations manager of local water utility company Severn Trent, to the BBC. "The giant mass is the result of everyone occasionally washing and flushing the wrong things down the drains and not realizing the impact that it is having."

One of the Biggest Blockages

This particular fatberg is shockingly enormous even to the workers of Severn Trent.

"While the true extent of the blockage won’t be known until it is removed, it is likely to be one of the biggest blockages Severn Trent has ever dealt with," the company said in a statement obtained by the BBC.

The water utilities company say they are working around the clock to clear the fatberg. Despite this they still estimate it’s going to take until June to get rid of the blockage.

In the meantime, Burgin had some advice to the citizens of Birmingham.

"Our advice is to always leave leftover cooking fat to cool, before disposing it in the bin and to stick to only flushing the three P’s (pee, poo, and toilet paper) and bin anything else," he said.

Good advice — and if a healthy city sewer system isn’t enough to stop you from flushing wet wipes down the toilet, the thought of never having to think about fatbergs again should be motivation enough.

READ MORE: A 330-ton fatberg is clogging an English city’s sewer, and it won’t move for weeks [CNN]