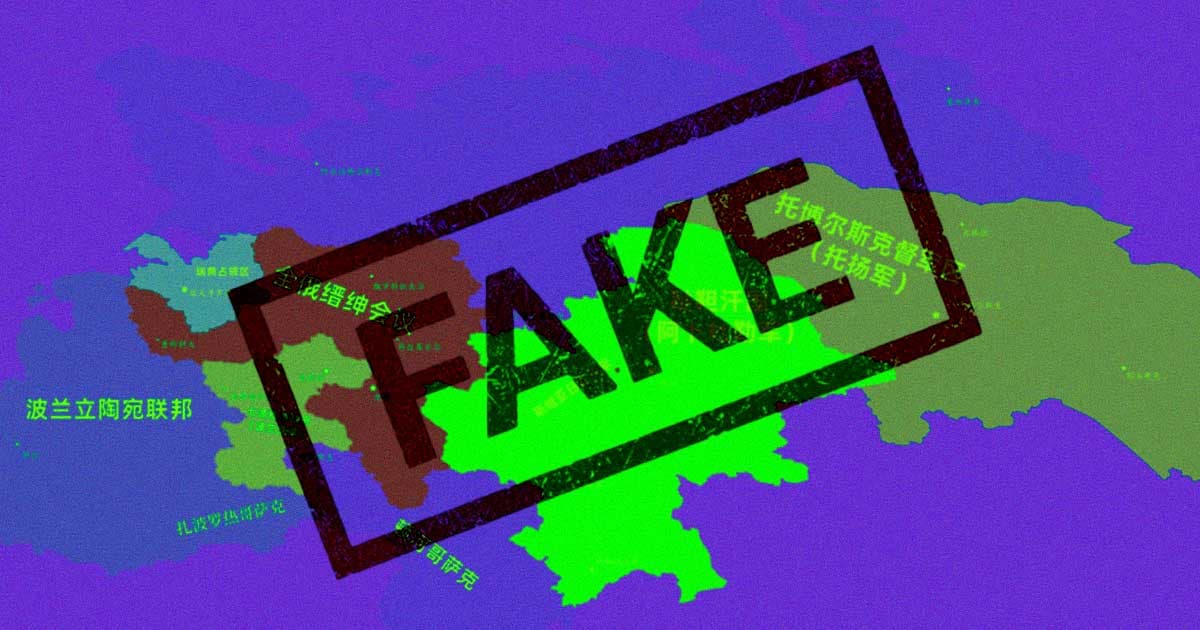 A mysterious Chinese Wikipedia contributor who goes by the alias "Zhemao" spent ten years making up fictional accounts of Russian history, writing over 200 articles, and contributing to hundreds of others, Chinese English-language publication Sixth Tone reports.

Wikipedia editors have since noticed the falsified accounts — after ten years of unknowingly hosting their contributions — and promptly banned them from the online encyclopedia.

The web of lies Zhemao created is an astonishing body of work in and of itself, albeit entirely made up. Their contributions range from fictional accounts about Slavic rivalries to stories about Qing Dynasty officials — a dizzying mishmash of fantastical fiction and history worthy of a series of fantasy novels. At the end of the day, you gotta respect the hustle.

It's also a colorful reminder of the fact that we can't take everything we read online for granted, particularly when it comes to often dubiously sourced Wikipedia entries.

And that's particularly relevant, given China's problematic history with controlling the historical narrative using propaganda (in fact, Sixth Tone itself is overseen by the Chinese government).

"Chinese Wikipedia entries that are more detailed than English Wikipedia and even Russian Wikipedia are all over the place," fantasy novelist Yifan, who stumbled upon Zhemao's fictional Wikipedia contributions, wrote in a Q&A online, as translated by Sixth Tone.

"Characters that don’t exist in the English-Russian Wiki appear in the Chinese Wiki, and these characters are mixed together with real historical figures so that there’s no telling the real from the fake," he added.

After Wikipedia noticed the ruse, Zhemao published a public apology.

"As the saying goes, in order to tell a lie, you must tell more lies," the apology reads, as translated by Sixth Tone. "I was reluctant to delete the hundreds of thousands of words I wrote, but as a result, I wound up losing millions of words, and a circle of academic friends collapsed."

The story leaves us plenty of questions: what were Zhemao's actual motives? Did the fictional narratives ever have any actual real-world consequences?

Perhaps, had Zhemao chosen a different way to disseminate their work, we'd be reading their historical fiction novels by now — rather than an apology to Wikipedia.