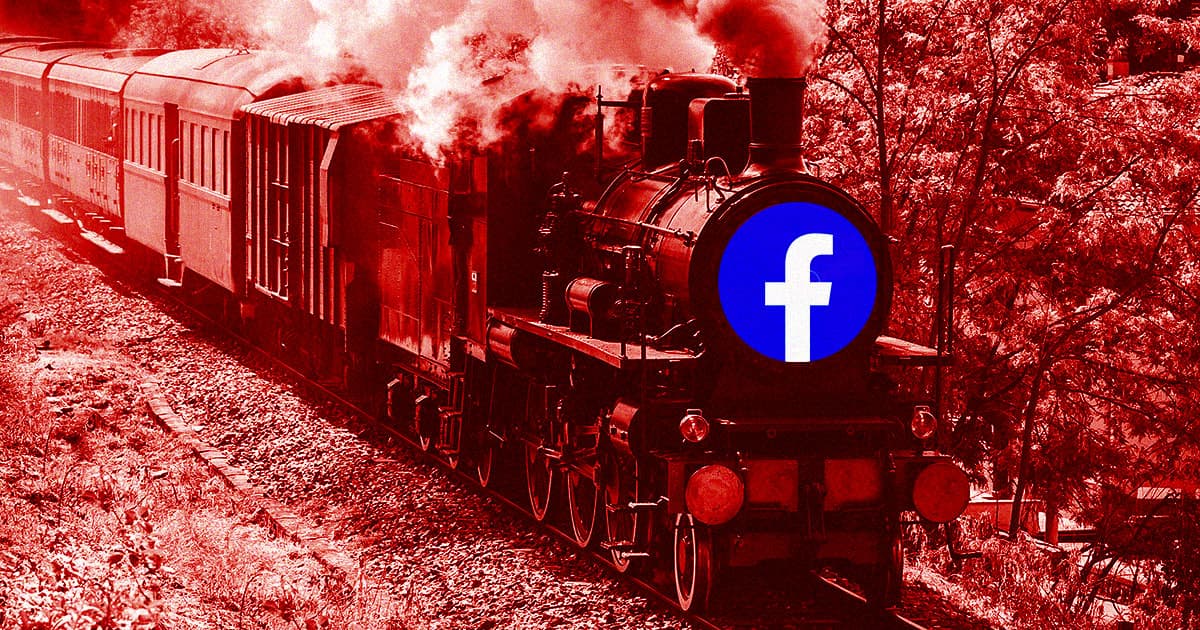 You may be shocked to discover that Facebook, the social media company, once tried to open a railroad.

You might not be as shocked to discover that the Silicon Valley company abandoned the project after pouring roughly $20 million into it, realizing during the pandemic that it may have bitten off more than it could chew — or choo, if you will — wasting a lot of its own money, sure, but also leaving the communities that had already shaped dramatically by its presence out to dry.

"That was just so exciting," Union City mayor Carol Dutra-Vernaci, whose city was "viewed as a crucial juncture in the East Bay to connect commuters traveling from Oakland or the Central Valley," according to The New York Times, told the paper. "I was just so thrilled, figuring it's really going to happen."

Per the NYT, Facebook wasn't fully building a railway out of scratch. Faced with the reality that Silicon Valley's massive and expedient growth had turned Bay Area commutes and cost of living into a complete and utter hellscape, Facebook reached out to community leaders in 2017 with a proposal to transform the decades-abandoned Dumbarton Rail Bridge into a commute-relieving public transit system.

Of course, as the NYT notes, the railroad would likely have been a major boon to Facebook's already very thick San Francisco real estate portfolio. In any case, the project moved forward, for a while. Political barriers reportedly caused some slow downs, and before long, the pandemic settled in — as did a new era of remote work. Three years and 20 mil later, Facebook called off the project.

Though it claimed it hoped to be a steward for the landscape that it physically and socially transformed, the NYT reports that commutes are still many hours long, as affordable housing continues its move away from the area's Big Tech employers.

"I was heartbroken," Warren Slocum, president of the San Mateo County Board of Supervisors, who was heavily involved in the project on the community side, told the NYT. "I understood some of the business reasons, but heartbroken nonetheless."