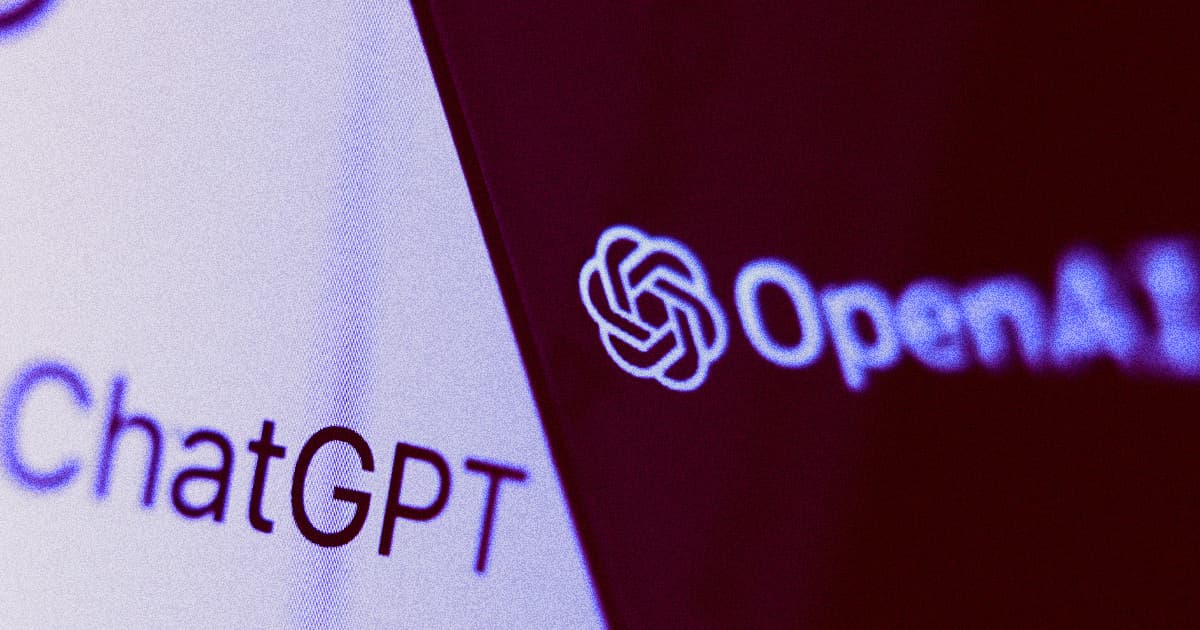 ChatGPT, OpenAI's impressive new text generating system, has more than its share of fans — and apparently it's got haters in high places, too.

In an online discussion transcribed by ZDNet, Facebook-turned-Meta AI czar Yann LeCun — a titan in the field, widely hailed as of the "godfathers of AI" — lambasted the competitor's system, essentially calling it basic and suggesting that it only looks sophisticated.

"In terms of underlying techniques," LeCun told viewers during an online discussion hosted by the Collective[i] Forecast AI firm last week, "ChatGPT is not particularly innovative."

"It's nothing revolutionary, although that's the way it's perceived in the public," the computer scientist said. "It's just that, you know, it's well put together, it's nicely done."

He went on to criticize OpenAI itself, saying it's "not particularly" advanced in comparison to other labs — which is, as they say, a pretty sick burn.

"It's not only just Google and Meta, but there are half a dozen startups that basically have very similar technology to it," LeCun continued. "I don't want to say it's not rocket science, but it's really shared, there's no secret behind it, if you will."

While it would be easy enough to call LeCun jealous given that he's the chief architect of Meta's own AIs, he does make a compelling point when noting that GPT-3, the program on which the uber-popular (and controversial) ChatGPT is built, is the sum of years of other programs all wrapped up into one headline-grabbing package.

"There's a whole history of this," he said, "and [ChatGPT] did not come out of a vacuum."

While his words were pretty harsh, LeCun did give OpenAI due credit for its engineering prowess and suggested that Meta may follow suit on releasing its own flashy algorithms.

When asked why they haven't yet, LeCun joked that "Google and Meta both have a lot to lose by putting out systems that make stuff up," and in a tweet posted this morning, he expounded on that stance.

"By releasing public demos that, as impressive & useful as they may be, have major flaws, established companies have less to gain & more to lose than cash-hungry startups," the AI scholar tweeted. "If Google and Meta haven't released chatGPT-like things, it's not because they can't. It's because they won't."

Tell us how you really feel, Yann!

Chinese Chatbots
Chinese Company Gearing Up to Release Powerful ChatGPT Competitor
Yesterday
Read More
AI Buster
We Tested OpenAI's New AI-Detector and Uhhhhh
Yesterday
Read More
I Have a Dream of Mass Layoffs
ChatGPT Shamelessly Writes Letter Announcing Layoffs While Promoting Execs and Quoting MLK
Jan 26
Read More
+Social+Newsletter
TopicsAbout UsContact Us
Copyright ©, Camden Media Inc All Rights Reserved. See our User Agreement, Privacy Policy and Data Use Policy. The material on this site may not be reproduced, distributed, transmitted, cached or otherwise used, except with prior written permission of Futurism. Articles may contain affiliate links which enable us to share in the revenue of any purchases made.
Fonts by Typekit and Monotype.