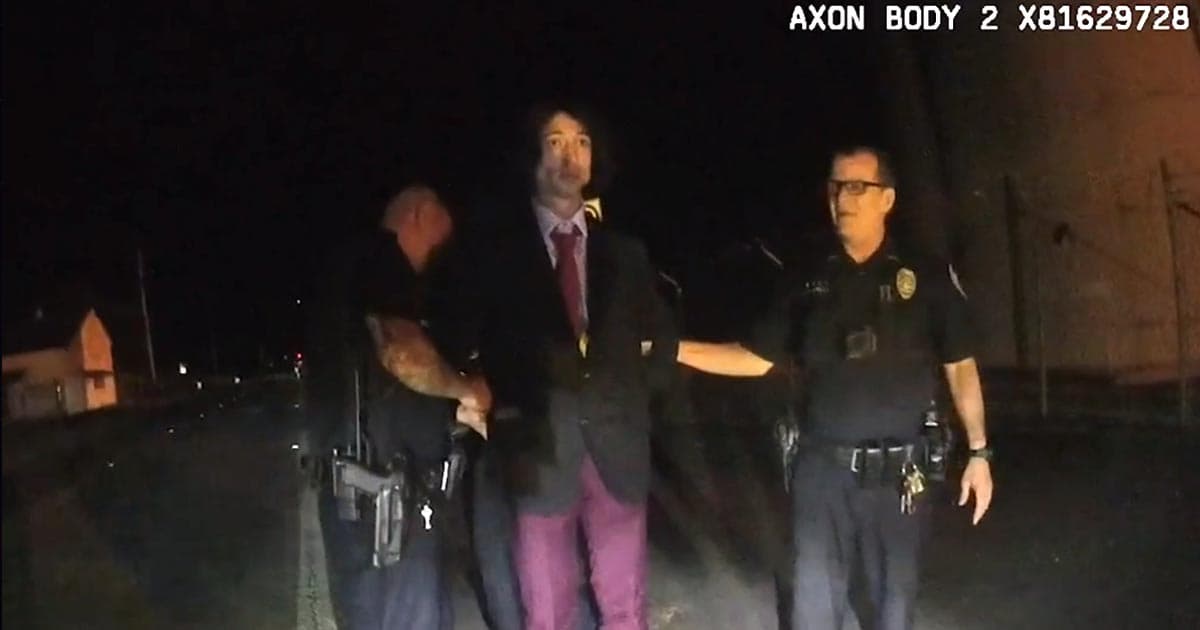 "I got assaulted and I started filming."

"I got assaulted and I started filming."

Gone in a Flash

Actor Ezra Miller, famed for their role in "The Flash," was apparently having a very normal one during their recent arrest in Hawaii, when they claimed they filmed an altercation to turn it into NFTs.

As TMZ reports, Miller — with whom, in full disclosure, this reporter smoked weed at a house party in 2013, during which they seemed pretty chill — claimed during their March 29 arrest for drunk and disorderly behavior at a Big Island bar that related footage may become fodder for future digital assets. The future is here, in other words, and it sucks!

As TMZ notes, the star was arrested for after allegedly spitting on a fellow bar patron. In footage of the arrest provided to the celebrity news website, Miller claims that the man was a "Nazi" who assaulted them for being Jewish, and that they filmed the incident.

"I got assaulted and I started filming," Miller told the arresting officers, adding that they had been assaulted "twice in a row" at the same bar and could provide evidence to back up their claim.

"I film myself when I get assaulted," they continued, "for NFT crypto art."

This arrest was the second time Miller had been arrested in Hawaii that same month, with the first incident also taking place at a bar where they reportedly became disorderly when they were denied entry.

It's unclear as of press time whether the actor has already published any NFTs, though there does appear to be a different artist by the same name who has a line of artificial intelligence-generated NFTs.

If true, though, Miller picked a terrible week to get into crypto, with markets crashing catastrophically. Then again, maybe that means it can only go up from here!