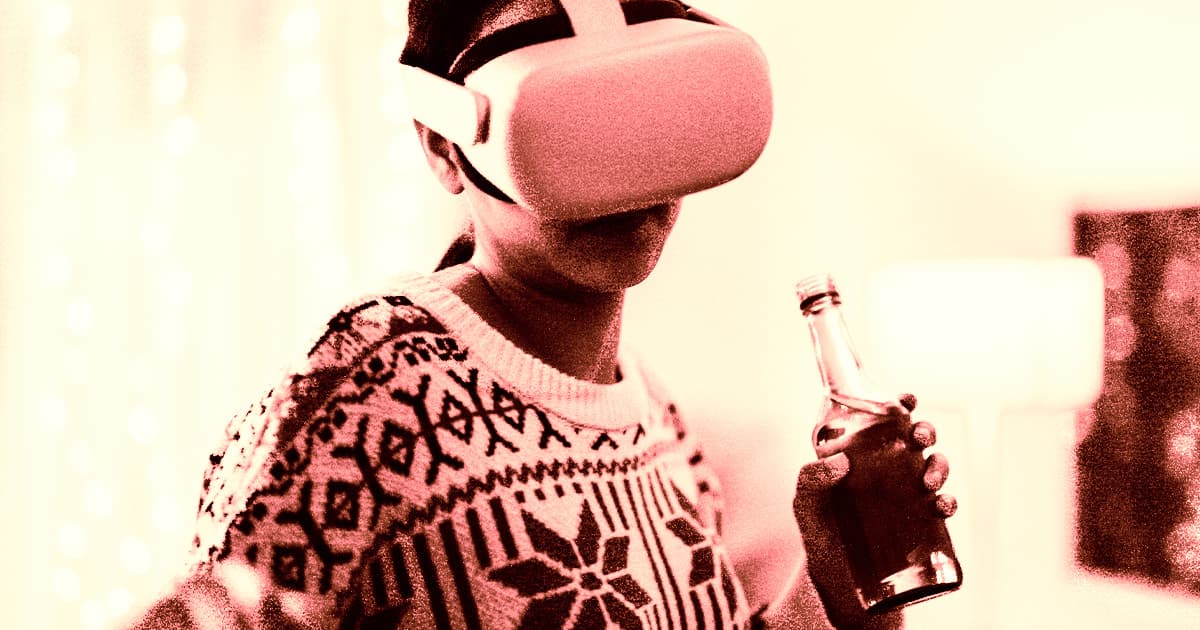 Man Alarmed to Become Only Guest at $400,000 Metaverse Party

"After initial bemused chats with the roughly five other humans who showed up, I am alone."

"After initial bemused chats with the roughly five other humans who showed up, I am alone."

Any gathering that no one shows up to is sad enough. The European Union investing $400k into a 24-hour metaverse "beach party" full of "music and fun," only to attract less than ten guests who all peaced out in less than an hour? That's downright depressing.

The event, according to Insider, was thrown by the European Commission's foreign aid department, which was hoping to drum up youth excitement for its newly-announced Global Gateway strategy.

But sadly — as has probably never happened as the result of any other government institution's attempts to appeal to The Kids — the party didn't exactly go as planned.

"I'm here at the 'gala' concert in the EU foreign aid dept's €387k metaverse (designed to attract non politically engaged 18-35 year olds)," tweeted Vince Chadwick, a journalist who attended the digital event. "After initial bemused chats with the roughly five other humans who showed up, I am alone."

I’m here at the “gala” concert in the EU foreign aid dept’s €387k metaverse (designed to attract non politically engaged 18-35 year olds — see story below). After initial bemused chats with the roughly five other humans who showed up, I am alone. https://t.co/ChIHeXasQP pic.twitter.com/kZWIVlKmhL

Per Insider, the event attracted skepticism from the jump, even from EU staffers themselves. Early last month, a few weeks after the event was announced, several EU employees spoke to Devex — and they didn't exactly mince words.

One called the digital beach party "depressing and embarrassing," while another referred to the event as "digital garbage." When told how much money the agency had spent on the project, someone else simply said: "Jesuuuuus."

To make matters worse, the commission's Global Gateway project, which the event was meant to promote, is in part a strategy for countering Chinese influence post-pandemic. As you might imagine, EU officials are keen to the fact that the whole ordeal looks extremely bad — to their own constituents, sure, but to Chinese authorities as well.

"Beijing must be wetting themselves with laughter," one EU diplomat told The Times of London. "It would be funny if it was not a serious project, and if we had not paid for it all."

Our thoughts are with the EU, as theirs is a cautionary tale. Four hundred thousand is a lot of money, and we're sure could very well have gone somewhere else. At the end of the day, all the EU got was some digital egg on their face.

READ MORE: The EU hosted a 24-hour party in its $400,000 metaverse to appeal to young people, but pretty much no one showed up [Business Insider]

More on metaverse no shows: $1.2 Billion Metaverse Horrified by Report It Only Had 38 Active Users