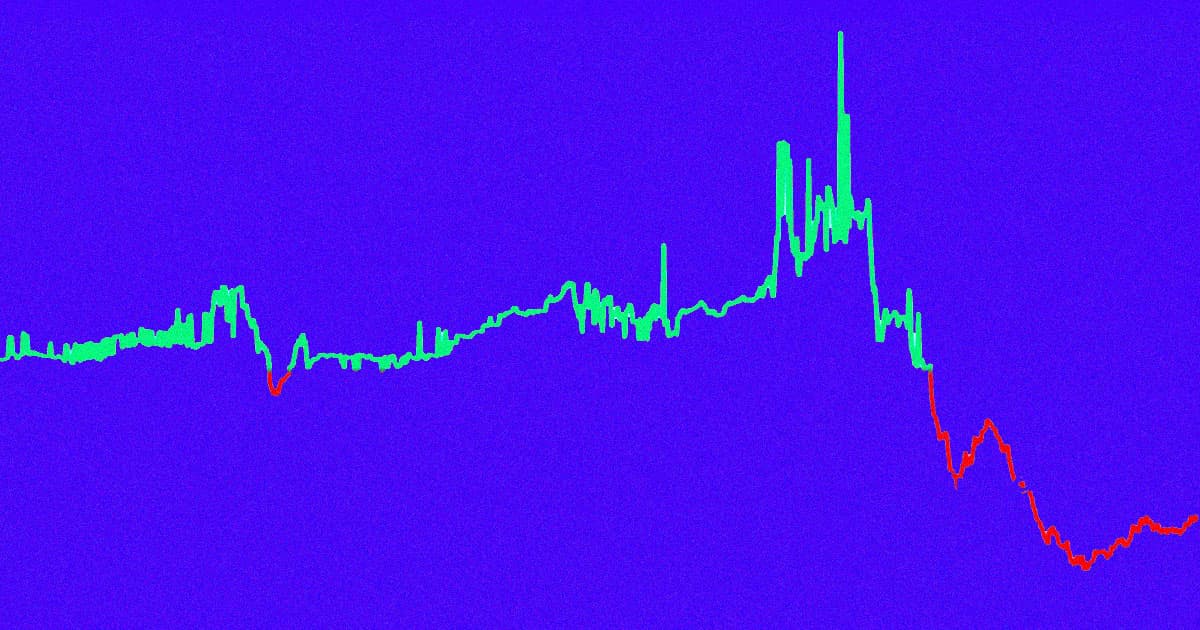 Pollutin' In the Free World

Miners Forked Ether So They Can Still Pollute After the Merge, But It's Already Crashing in Value

The Ethereum blockchain, the second-largest cryptocurrency by trading volume, has completed the "merge," switching from a proof-of-work to proof-of-stake system.

It's a major win for the environment, as it puts energy-intensive Ethereum mining operations out of business overnight.

But that also means mining outfits are now sitting on massive piles of extremely power-hungry hardware. Many banded together to create ETHPoW, a hard fork of Ethereum that lets them keep their environmentally damaging operations going.

That's not going so great, though. Today alone — the fork was yesterday — ETHPoW is already down by a staggering 55 percent.

Ether is down too, but only by around five percent over the same period.

It's too early to say for sure, but that just might be a sign that the merge, which slashed the vast majority of Ethereum's energy usage, could be a plausible future for crypto.

It's a sad state of affairs, seeing businesses clamor to keep an extremely environmentally unfriendly status quo from disappearing.

As always, it's impossible to predict where tokens like Ethereum and its forks will go from here.

But one thing is for certain: we've seen that it's possible for mainstream crypto to shed much of their carbon footprint — which is something we should be celebrating, not fighting.

More on the merge: Ether Price Falls After "Merge" to Cut Its Environmental Toll

Moving Money
Crypto.com Accidentally Sent $400 Million to a Competitor
Nov 14
Read More
Staking Ether
Oops! Ethereum's Merge May Cause Huge Problems With the SEC
Sep 19
Read More
Behind Bars
Guy Sentenced to Prison for Changing People's Cash Into Bitcoin
Sep 11
Read More
+Social+Newsletter
TopicsAbout UsContact Us
Copyright ©, Camden Media Inc All Rights Reserved. See our User Agreement, Privacy Policy and Data Use Policy. The material on this site may not be reproduced, distributed, transmitted, cached or otherwise used, except with prior written permission of Futurism. Articles may contain affiliate links which enable us to share in the revenue of any purchases made.
Fonts by Typekit and Monotype.