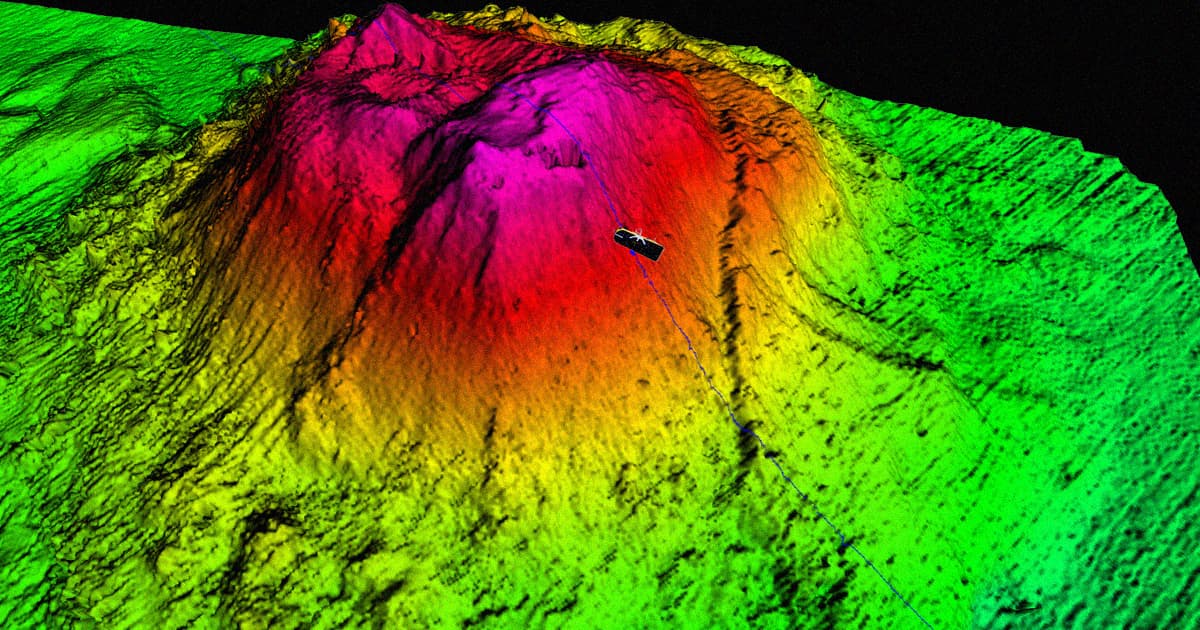 Study: Underwater Volcanoes Could Power the Entire US

Harnessing the energy is an entirely different question.

Harnessing the energy is an entirely different question.

Now, scientists have found a new way to calculate just how much energy is being released after each explosion by looking at how volcanic rock fragments known as "tephra" get launched across the sea for miles, Vice reports — enough energy, they say, to power the entire United States.

As detailed in a new paper published in the journal Nature Communications this week, the scientists discovered that the underwater eruptions release a massive amount of energy.

"Our results constrain the rate of energy release (or power) and show that during the eruption the power output is sufficient to run the US for that period of time, probably on the order of hours/days (however long it lasts—we don’t know precisely)," co-author David Ferguson from the University of Leeds, UK, wrote Vice in an email.

Unfortunately, to actually make use of all that energy is an entirely different question. These plumes occur far away from the shore and deep beneath the surface, making them near impossible to reach, let alone harness.

"I would say there is effectively zero chance of capturing the energy for all sorts of reasons, such as we don’t know when or where the eruptions will happen, very tricky to access, etc," Ferguson told Vice. "The point of the comparison was really just to illustrate how powerful/energetic these things are."

Nasa Has a $3.5bn Plan to Save the Planet From the Yellowstone Supervolcano
8. 25. 17
Read More
Scientists Found An Enormous Reserve Of Helium, And It's A 'Game-Changing' Discovery
6. 28. 16
Read More
Built Tough
Deliveries of All-Electric Ford F-150 Lightning Officially Begin
8:47 PM
Read More
+Social+Newsletter
TopicsAbout UsContact Us
Copyright ©, Camden Media Inc All Rights Reserved. See our User Agreement, Privacy Policy and Data Use Policy. The material on this site may not be reproduced, distributed, transmitted, cached or otherwise used, except with prior written permission of Futurism. Fonts by Typekit and Monotype.