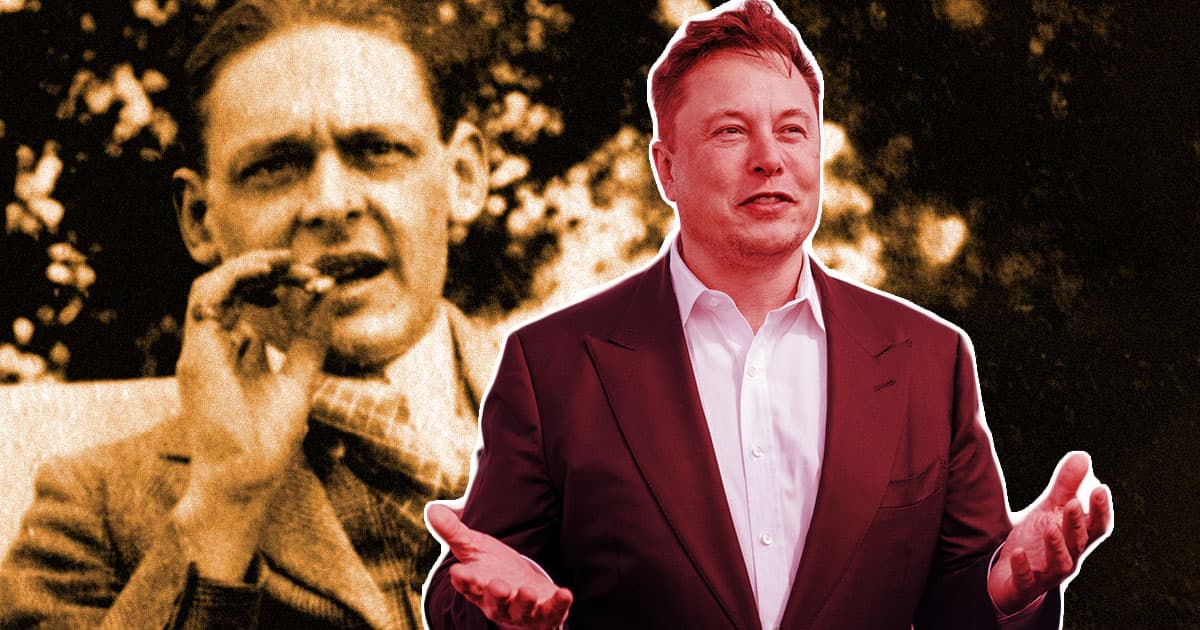 For his next trick, the world's richest man is going to claim he wrote "Invictus."

For his next trick, the world's richest man is going to claim he wrote "Invictus."

For at least a year, the world's richest man has been repeatedly paraphrasing the great — albeit doomer-esque — author TS Eliot, whose famous poem "The Hollow Men" ends with the iconic line: "This is the way the world ends. Not with a bang but a whimper."

The billionaire CEO has yet to own up to the fact that the quote originally came from a poem written about the apocalyptic aftermath of World War I — and was not, in fact, about declining birth rates leading to the collapse of civilization.

Worse yet, Musk doesn't appear to get the line quite right — or fully understand it, for that matter. Last year, he warned podcaster Joe Rogan that "civilization here on Earth could end with a bang or with a whimper." Then last summer, he invoked it again to warn of declining birthrates.

In short, Musk simply can't get enough of his own misreading of Eliot.

Now, Musk is back at it again. First came an appearance on podcaster-cum-AI-enthusiast Lex Fridman's show at the tail end of 2021 during which he uttered the paraphrased line. And then, when some random blue check investor on Twitter quoted Musk's awkward paraphrasing, Musk sounded off on the birth rate issue instead of correcting the attribution.

If the alarming collapse in birth rate continues, civilization will indeed die with a whimper in adult diapers

Naturally, some Twitter users — who remembered what they learned in English Literature 101 — recognized and pointed out the quote's actual author.

"Elon Musk is the perfect capitalist," one user wrote in a scathing tweet. "Steals ideas and regurgitates them out completely devoid of depth and meaning, just full of more regurgitated nonsense he stole from others."

But does it even matter, especially considering the rabid echo chamber surrounding Musk's fanbase and the CEO's very tenuous relationship with sourcing?

Stranger still, there's plenty of reason to believe Musk has actually read at least some of the works of Eliot.

It's likely that the misattribution wasn't accidental, either. Just a day after allowing an overeager fan to attribute the famed quote to him, Musk posted — without comment — a pithy copypasta often used to make fun of InfoWars conspiracy theorist Alex Jones. Except this one was "satirically" attributed to "Lord of the Rings" author JRR Tolkien.

From a brazen misunderstanding of Eliot to an Alanis Morrisette-level concept of satire, there's little hope that 2022 will bring less edgelord behavior from the world's richest man.

READ MORE: Elon Musk Fans Are Furious at Him for Being Mean to Bernie Sanders